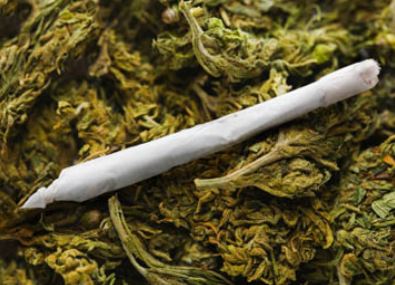 Medical marijuana is all the rage.  It popped up on numerous state ballot questions around the country in early November.  Since then there has been no shortage of articles about how this plant product works…or doesn’t work…or why it is the greatest thing since enteric coated tablets…or why it is the WORST idea since, well, Asbestos, Olestra or maybe pay-toilets.

Today several news stations carried the provocative story of a 7-year old who is apparently being given marijuana to combat the effects of chemotherapy side-effects for her leukemia.  But this is just one example of the recent focus on prescription pot.  Currently 18 states, plus our nations capital, have laws allowing for the medical use of cannabis.  Make no mistake – this is big business.  Take, for example, the Washington State legislation: “The new law will impose a 25 percent tax rate on marijuana when the grower sells  it to the processor, when the processor sells it to the retailer and when the  retailer sells it to the customer. The measure could bring in $500 million, a  figure analysts dispute.”

But is it right?  The issue has been hashed out (pun intended) over and over again.  The debate over medical marijuana often seems to center around side-effects and risk, comparisons to tobacco, personal freedom and the wasted legal resources required to keep it criminalized.

But I have another concern.  I believe, strangely enough, that words have meaning.  Rudyard Kipling, the poet and novelist, put it well when he said “Words are, of course, the most powerful drug used by mankind.”  When we use a word – great things happen.  Images appear in the readers (or listeners) mind.  Connections and connotations weave their way into our imagination at the drop of a potent word.  Words give birth to ideas – some right, some wrong.  We can build or destroy – all by the simple use of our words.  The pen really is mightier than the sword.

And that brings me to the word “medical.”  The legislation involved in approving the sale of marijuana is couched comfortably in this carefully selected term: medical.  But what is “medical?”  Our dictionaries tell us it means “relating to the science or practice of medicine.”  Science.  Medicine.  Here are some more words that then are inevitably part of the picture being portrayed.  Science suggests a rigorous study.  Medicine suggests a painstaking process of testing and approval and studies and accountability.  These are the things that “medical” typically conveys.  But when it comes to the marijuana, as it is currently being grown and sold by prescription, the term “medical” is utterly and entirely out of place.

There is nothing like the sort of rigorous scientific examination, placebo-controlled studies, unbiased peer-reviewed literature going on within the Medical Marijuana community.  The production is not highly regulated – other than controlling the source and location of such facilities.  This hardly merits the term “medical” in my opinion.

And so, I am flatly against the growing trend toward mixing marijuana and medicine.  I am not suggesting it cannot work, although frankly I think the reports are somewhat exaggerated.  Nevertheless, the issue is more of a principle for me.  Henry Ward Beecher said “All words are pegs to hang ideas on.”  This is true.  But be careful.  They might also be a peg driven straight through the heart of the truth.

» News & Politics » What’s wrong with MEDICAL marijuana? Previous post:
3 Things EVERY Patient on SSRIs Should Know Next Post:
Honesty – And the Flu Vaccine