Why I Became a Pharmacist – The Story 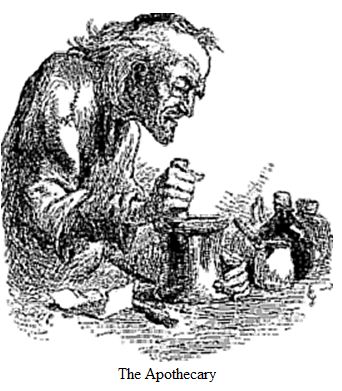 Maybe it is just year-end nostalgia.  Maybe it is the fact that, come 2013, I will have been a pharmacist for 20 years (yikes!).  Maybe it’s just a bit of undigested beef.  Who knows?  But for whatever reason I have been thinking about my career and I was reminded about why I first decided to pursue to field of pharmacy at all.

I would love to say that my motives were entirely noble.  I’d love to say that the original reason I became interested in pharmacy was so that I could improve the health and well-being of patients who came to me with their confusing prescriptions and worried hearts.  Me, my white coat, counting tray & spatula about to save the world!  But actually, my mind was made up one late night behind the pharmacy counter at a  drug store in Southern  CA.  Here’s the story…

It was about 8:30PM on a rainy night in the outskirts of Orange County.  I was working my normal evening shift as a pharmacy tech in the pharmacy.  It was a chain drug store, but this is before the days when “chain” and “insanity” were considered mutually interchangeable terms in the retail pharmacy world.  I was filing some prescriptions (which back then meant stamping them with a numerical stamper) when a gentleman approached the counter.  “Can I help you?” I said to the man.  He wore a tan colored rain coat that was still dripping from the down pouring weather outside.  “Yeah,” came the reply “can I get the pharmacy phone number?”

Seemed like a strange request.  I’m thinking: “Duh – you are standing right here in front of me…you don’t need to call in your refill!”  But, being the polite Rx tech that I was, I just said “sure” and handed him a business card.  I went back to my filing.

About 5 minutes later the pharmacy phone rang.  I grabbed it.  “Pharmacy” I said.  “Um, this is Dr. _____ can I speak to the pharmacist?” was the reply.  It was only a brief sentence…but the voice sounded vaguely familiar.  I put the caller on hold and told the pharmacist.  He took the call and the Rx order over the phone.

When the call was done I said to the pharmacist “Ya know, that caller sounded JUST like the guy who came in a few minutes ago asking for our phone number.”  The pharmacist looked at me with a bit of a puzzled look.  He turned back to the computer screen, looked something up, and picked up the phone.  At that point another customer approached so I went out and took care of her.

I’m not sure how much time passed.  Maybe 10 minutes.  Maybe 15.  But suddenly, about 5 to 10 minutes before we were due to close at 9:00PM I saw the raincoat guy walking back down the aisle toward the pharmacy.  “Did my doctor call in my prescription?” he asked.  I took his name and went back to the pharmacist.  “Go talk to him” the pharmacist said to me, “keep him here.”  I could tell something strange was afoot.

I went back out and chatted with the guy.  Told him it wouldn’t be much longer.  Talked to him about the weather.  The Lakers.  Whatever.  A couple minutes went by.  Then, walking down the aisle toward the pharmacy I saw two police officers making their approach.  One approached the customer and asked him to step aside for a moment.  The officers took the man to the side, spoke to him for a minute and then placed the handcuffs on him and escorted him out of the building.

BAM!  Just like that I knew this is what I wanted to do for a career.  Apparently the guy had just gone out to the payphone outside the store and called in his own Rx for Tylenol with Codeine.  The pharmacist had been able to reach the real doctor and confirm that he didn’t actually call in the Rx.  Then he called the police.

Now, like I said, I know this may not be the most noble of motives to propel a person into the pharmaceutical career.  Since then, I’m happy to say, my goals have been focused more on helping the GOOD guys than on catching the BAD guys.  Nevertheless, it was that initial criminal-encounter that really intrigued me.  Many years have gone by since then.  Sometimes I’ve wondered whatever happened to that guy.  I wonder sometimes about the others who have tried (unsuccessfully) to pass bogus scripts and gotten caught.  I hope they’ve gotten their lives straightened out.  I’ve made enough mistakes of my own in this life that’s for sure.  But I’m happy to be a pharmacist.  I’m happy for the opportunities to help others, in spite of the often frustrating environment we currently find ourselves in.  And I’m happy to write about these experiences online.  After 20 years, I’ve got a few stories.  As time permits, I suppose I’ll share some more.  Thanks for reading.

Tags: Why I became a pharmacist