“The Pharmacist Shortage” and other lies… 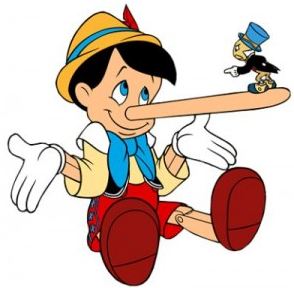 Someone once said “Beware of the half truth.  You may have gotten hold of the wrong half.”

That saying came to mind as I opened a letter yesterday from the Western New England College of Pharmacy in Massachusetts.

The letter was a survey concerning pharmacy services being offered by our employers, as well as some opinion questions about the profession of pharmacy.  I actually would have been happy to answer the survey, except for the fact that I read the cover page….

In this brief, introductory 1-page statement about the survey and the college of pharmacy I read such words as:

“a growing need for pharmacists” AND

“Shortages of pharmacists” AND

“your opinion on the pharmacist shortage.”

Credibility immediately went out the window.  Anyone familiar with the pharmacy profession, particularly in Massachusetts, knows this is nothing but carefully worded propaganda to attract students which will have to move far away to find jobs.  Massachusetts presently is the home to 4 schools of pharmacy – an UNHEARD of number given the relatively small size of the state.

The fact is we have a surplus of pharmacists in Massachusetts and around the country at the moment.  The “data” is hard to come by, as the only ones in a position to quantify this don’t actually want you to know it (i.e. employers).  But numerous interactions with other pharmacists and students convinces me of the problem.  This surplus, of course, puts employers in a powerful position to impose working conditions on pharmacists which jeopardize patient safety.  Pharmacists need their job, so they grin and bear it…but regret that ultimately patients are getting the short end of the spatula.

I will send an email to the author of the letter (a pharmacist!) and get his perspective on our “shortage” here in Massachusetts.  Check back for his response.

In the mean time…beware the lying eyes (and lying letters):