Only as Sick as Your Secrets: Addiction Help for Pharmacists (and others) 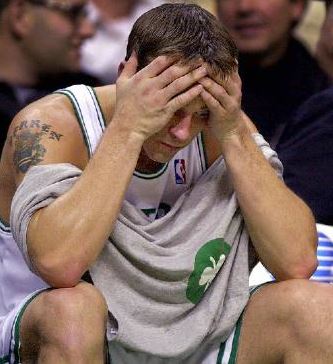 Our local newspaper, out here in the middle of nowhere, recently reported on a visit by Chris Herren to a nearby High School to share his story of drug addiction and recovery. Chris, as some may know, is a Massachusetts native and former NBA Denver Nuggets & Boston Celtic player. In his 2 season NBA basketball career he averaged only 3.2 points per game (that, mind you, is 3.2 MORE points than I would likely ever score).

But Chris is scoring more these days – not on the courts – but with teens and others to whom he can share his story of prescription drug, meth, cocaine & heroin addiction. Chris came clean. He got into rehab and has been drug-free since August 1, 2008. His message to teens is “you are only as sick as your secrets.” He began touring the country and spreading his message.  He started “The Herren Project” and, more recently, “Project Purple” to help raise the awareness of the addiction problem.

Teens and ball players aren’t the only people susceptible to drug addiction.  We see it in all walks of life.  Though it has not been something I have personally had to deal with, I have had the reality of this problem come very near – taking the life of a friend and fellow-pharmacist whose addiction spiraled out of control.  Take home message:  it can happen to you.

Pharmacists looking for help with substance addiction might not know where to turn.  Fears about the repercussions of admitting an addiction prevent, no doubt, many from dealing with the problem head-on.  But the fact is that – when confronted and addressed – the success rate of recovery is actually pretty high.  I remember an article from just over a year ago in which a study was done on this very topic.  The author writes:

“Tailored treatment programs can help chemically dependent pharmacists not only achieve and maintain abstinence but also successfully return to a workplace that is often full of temptation, according to new research presented here at the American Academy of Addiction Psychiatry (AAAP) 22nd Annual Meeting & Symposium.  A long-term, prospective study of more than 100 pharmacists who entered a pharmacist-focused addictions treatment program showed that 87.1% of the participants had a 2-year recovery success rate.”

One real-life example of the addiction problem for pharmacists is Jared Combs who has told his story of addiction on-line and in his book “An Addict Pharmacist’s Journey to Recovery.”  He started with drinking, but as access to more powerful drugs became available through his pharmacy career, he began to experiment and got hooked.  Reported on in Pharmacy Practice News a few years ago:

“The pharmacy work was fast-paced, and I was feeling stressed out,” recalled Mr. Combs. ‘One day I took a Lortab and I fell in love. I felt like “Superpharmacist.” I was instantly happy and serene and thought I could take on the world.”  Before long he was filling his pockets with pills before heading home each night. Lortab. Percocet. Tylox. He’d take Xanax and Soma in the evening to help him relax—and Ritalin to help him get started in the morning. Darcey sensed something was wrong. “When I got home from work, she would look at my eyes and know immediately that I was high,” he said. “Then she would give me a disgusted look and go to bed.” Although her reproach pained him, he ignored her desperate pleas to stop using drugs and seek help.

But where do you turn?  The fact is that there are more resources available today than ever before to help addicted professionals.  In writing this post, I’m hoping that maybe someone, somewhere might be encouraged to get help.  Check online for help from organizations within your own state.  Many allow anonymous inquiries into treatment programs along with ways to protect your job while you begin the recovery process.

There are also National Organizations you can contact.  Some of these include:

As for reading material, check out these books:

The path from addiction to recovery may seem long.  But can it be any longer than the daily pain you are experiencing already with no end in sight?  If you are afraid to contact a local agency, then send me an email, and I will do it for you.  Remember, in the words of Chris Herren, “you are only as sick as your secrets.”

» Pharmacy Operations » Only as Sick as Your Secrets:... Previous post:
An interview with Steve Leuck from AudibleRx! Next Post:
Diclegis – She’s Back (after 30 years)