Patients: Do You Want Your Prescriptions Refilled Automatically? 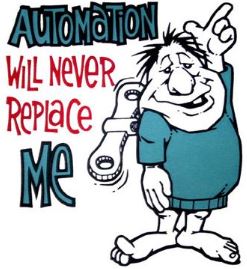 Maybe you’ve heard the news.  Several agencies “broke” a story about a reportedly inappropriate abuse of technology within the retail pharmacy industry.  The accusation is that pharmacies are automatically refilling prescriptions for patients without their express permission.

Of course, this story isn’t anything new….nor is it unique to CVS.

The LA Times, from whom the above headline was taken, also ran a story last year with this title “Target, Rite Aid, Walgreens refill drugs without OK, patients say.“

So what is really going on here?  Reading these stories (none are ever written by pharmacists by the way) reminds me of the quote from Winston Churchill who said that “a lie makes it half way around the world before the truth even has time to get its pants on.”  In other words, misinformation spreads quickly!

As a pharmacist I want to clear up the confusion about this practice in the retail pharmacy business.  I’m not really arguing for it, or against it (as you will see).  But I would like to explain it.  This issue itself, you see, is not really a big deal.  But lurking behind this issue is a BIG problem – and this issue exposes it.

I also want to ask you, the customer:  Would you like you prescription that you take every month (or 3 months) to be automatically filled for you?  Seriously.  I would like to hear your thoughts.  Please post them below.

THE WAY IT WORKS

First, allow me to briefly explain what this whole “automated refill” thing is.  We all like automation.  It simplifies our lives.  I like a coffee pot that I can program to automatically make my coffee at 5AM for me.  Cool beans.  Literally.

Automated refills are simply a technology that tells the pharmacy to fill your prescription when it is due to be filled, without the need for you to call in advance and request it.  Virtually all the big chains offer this service.  So do many independents.  Often this system is coupled with a program that sends you a text message, voice mail or phone call when the prescription is ready.

The idea is pretty simple.  It saves you – the patient – from having to make a phone call to the pharmacy and request a medication which you are going to need regularly anyway.  It allows the pharmacy a little more flexibility in filling the prescription (rather than having to “rush” because you ran out and need it filled 5 minutes ago).

Of course, the assumption with this system is that you – the patient – have requested this service (more on that below).

Based upon the way this system is being “explained” in several of the online articles it might appear that this some sort of conspiracy is going on here.  The accusation, you see, is that this system is being used by pharmacies without the consent of the patient.  Inherent to this accusation is that somehow the pharmacy is up to something sneaky and, perhaps, unethical.  Before I go into this in more detail, let’s all be clear about 3 things:

1)  NO prescription which has been refilled automatically HAS to be purchased by the patient.  IF your prescription has been automatically filled, and you don’t want it, you don’t have to take it.  This system, whatever is wrong with it, is not designed to force patients into taking medications they don’t need or want.

2)  NO insurance company is ever ultimately charged for prescriptions that are not picked up.  Wait.  Let me back up.  I’m not suggesting it has NEVER happened.  What I mean is that the system in place in EVERY pharmacy I am aware of involves reversing any and all claims to an insurance company for medications that are not picked up by a patient (typically within 10 days or so).  Failure to do so by the pharmacy is asking for BIG problems.  It’s called insurance fraud.  It’s bad news.  Pharmacies, you see, get audited.  When a prescription is picked up, patients typically “sign” for them in some fashion.  This is the “proof” the insurance company looks for when auditing.  No proof – no payment.  Worse than that – you get fined up the wazoo.

Automated refill systems, when used appropriately, can make (in my opinion) life easier for both the patient and the pharmacist.  Typically this system gives the patient the right to “opt out” at any time.  When combined with the technology to notify you thta your prescription is ready it can be a very convenient approach.  Additionally, this system tends to discover an “out of refill” situation automatically, and notifies your physician.  Patients utilizing this system often never experience the annoying “I’m sorry, you have no refills, we are going to have to call your doctor” conversation.  It has all been done for them.  Automatically.  Behind the scenes.

And make no mistake.  This system is profitable for the pharmacy.  By “reminding” you of your refilled prescription the likelihood of you picking it up is increased.  The more prescriptions the pharmacy fills…the more profitable they are.  It’s that simple.  And remember, profit isn’t a bad thing.  Businesses do not exist to be unprofitable.

But here is the problem – the REAL problem.  Patients are claiming (and I KNOW they are right) that they have been enrolled in these systems without their consent.  Again – let’s be clear – such “enrollment” does not require a patient ever actually pick up his/her prescription.  But yes, it would appear that sometimes patients are deliberately being enrolled without being asked.

Why?  Why would a pharmacy do this?  Here, my friends, is the Paul Harvey moment.  The “rest of the story” as he would say.  Pharmacies are strongly encouraged to enroll patients in these programs (for all the reasons mentioned above).  Because these systems are profitable for the pharmacy, management often imposes certain “goals” of enrollment on pharmacies.  At the Disrict Manager levels such “goals” are also often imposed.  Regional management teams have goals too.  The bottom line is this:  there is a pressure created to get more enrollments from the top down.  This pressure forces pharmacy staff to take time away from a focus on accuracy and patient counseling…to discuss a refill program.  THIS, my friends, is a BIG problem.

The ultimate consequence is that pharmacies a pressured to get a certain % of patients into this system.  They are “supposed” to ask patients about it.  But in reality – SOMETIMES – the pressure is so great and the time to actually have this discussion with patients is so little – that a pharmacy may be tempted to just enroll patients automatically.  Shoot first, ask questions later.

A simple solution to this problem should be implemented.  I am calling upon all chain pharmacies to do this:  Make the REQUEST for participation in this program AUTOMATIC.  For example, when a patient calls in for a prescription refill, the following recorded message could play:

“Thank you for ordering your refill with ABC Pharmacy.  Would you like this prescription to be automatically filled next time?  Press 1 for yes.  Press 2 for not now.  Press 3 for never.”

A similar automated system could be implemented at the pickup register.

BUT…I know…such an automated process is unlikely to be implemented. Not because it is impossible.  But because, frankly, it is TOO EASY to say NO to a computer.  Businesses want you in these programs.  And so the pressure to “sell” you, the patient, on this system will remain.

SHOULD YOU USE AN AUTOMATED REFILL SYSTEM?

The simple answer is:  if you want to.  Personally, I don’t need it.  I have just 1 prescription medication and never worry about the process of calling it in myself.  But I can see how the system might be convenient for some folks.  If it is, then use it.  And if you find yourself enrolled without your permission, simply request to be taken out of that program.

So…do YOU want your prescriptions to be automatically filled by your pharmacy?  Do you like the idea that it is done for you without the need to call it in yourself?  Do you love it?  Do you hate it?

And if you comment below you will be automatically enrolled in….oh…never mind.