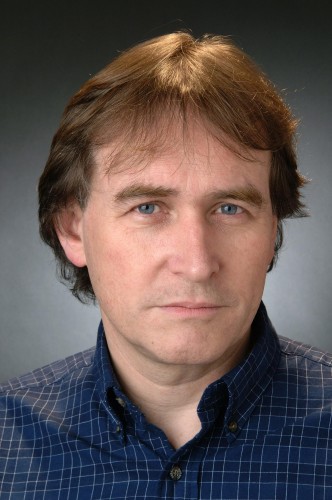 There are many roads one can travel on within the world of medicine.  Some take their training down the pathway of clinical practice and patient care.  Other will steer themselves toward the scholarly street of science and studies.  A few apply their brains to the boulevard of books and blogs.  And some head straight for the Interstate and become internationally recognized innovators.

But a few, very few, actually manage to do all of the above...and more.

It is a great honor to be able to interview one such individual who will, for many readers, need no introduction at all.  Dr. David Healy is an internationally respected psychiatrist, psychopharmacologist, scientist, and author.  A professor of Psychiatry in Wales and former Secretary of the British Association for Psychopharmacology he has written numerous peer-reviewed papers, articles and is the author of 20 books, including his latest entitled Pharmageddon.  David is also one of the founding leaders associated with the www.RxISK.org website, a “free, independent website where patients, doctors, and pharmacists can research prescription drugs and easily report a drug side effect — identifying problems and possible solutions earlier than is currently happening.”  He is, as we say, a 10 talent man.

It is an extraordinary privilege and honor to have David answer a few questions about his work for us here at The Honest Apothecary.  He is an advocate for patients, and is very supportive of the role of pharmacists to educate patients about their medications.  I do hope you enjoy listening in.

Thank you for taking the time to talk to me and my readers at The Honest Apothecary.  Could you tell us, to begin with, just a little about your career both as a Professor and also a Practitioner of Psychiatry?

“My career as an academic and clinical psychiatrist has been heavily shaped by the fact drugs can’t be pigeon holed in the way that diseases can and therefore if you’re trying to keep on top of the various drugs there’s a need to remain multi-disciplinary and be aware of clinical practice issues from treating children through to treating the elderly, treating substance misuses through to treating patients who’ve got cancers or other physical illnesses.

The other thing that has shaped both my research and practice has been an awareness of the history of and fashions in treatment.  One of the disturbing features of clinical practice and academic research is that there seems to be a lack of historical memory.  Both academics and practitioners often fail to see that we have been here before and what the likely outcome of the story will be.  This applies across the board through issues of dependence on drugs through to the latest hoopla about some breakthrough drug.” 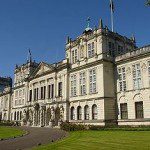 Why were you drawn to Psychiatry initially?

“The reason to get involved in psychiatry was that in the late 1970s, when I was thinking about what to do the brain was opening up as a research area and drugs in particular looked like tools that would permit us to question behaviour in a way that hadn’t been done before.  It seemed to be a time that when the traditional interests and strengths of psychiatry were still present with it’s focus on social situations and aspects of motivation that other areas of medicine didn’t deal with.  For a period it seemed possible to supplement these with new insights derived from brain and drug research.  Unfortunately this has proven not to be the case.”

Some of my readers will know that you have had several significant criticisms of the way pharmaceutical studies are reported today.  Is it possible to briefly explain, in your perspective, what the most significant issues are? 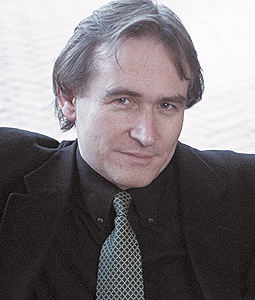 “The criticisms I have of the pharmaceutical industry came out clearly (not for the first time) with the University of Toronto affair where I lost a job because I had supposedly claimed in a lecture that Prozac causes people to commit suicide.  As it turned out I have been born out on that issue but that wasn’t the point.  The point being made was that data was being hidden and I was quite sure that if everybody had been able to see the data that I as an expert witness in legal cases had seen that they would have also concluded that Prozac and drugs like that can cause people to commit suicide.

The point being made had to do with access to data and conflict of interest.

A feature of the issues came from my background working in a pharmacology department on serotonin re-uptake.  It never struck me that Prozac was anything remarkable.  I was quite astonished that anyone would be taken in to the extent they were by the marketing.  But in this case it was a feeling, not that I was leading the field or becoming radical but rather that the field was disappearing down a plughole.  If doctors couldn’t recognise marketing and in particular if doctors were quite happy to ignore the adverse events that a new group of drugs might have I became increasingly worried about the future for medicine.  What brand value would doctors have?

Doctors were becoming a way to get chemicals but not medicines. Increasingly it seemed that if you wanted to get good advice on drugs pharmacists were a better bet.  A good medicine is a combination of chemicals and good information.  Doctors were losing the brand value as people to whom you would go to get the kind of good information about chemicals that would transform them in to an appropriate medicine.”

Would you tell us a little about the development of the website RxISK.org?  Who is this website for?  What information does it make available?

“RxISK.org is the brainchild of a few of us some 2½ years ago thinking about what it would take to turn the field around.  We figured that the key thing was missing adverse event data.  There was the missing data from clinical trials that pharmaceutical companies withheld but key among this was the adverse event data.

There was a culture issue also brought out by the Christmas tree light bulb test.  When the lights don’t work on the Christmas tree after being laid up for a year, removing bulbs in turn leads to the removal of one that causes the lights to come on again, you put it back in again and the lights go off so you remove it confident that this is the cause of the problem.  But companies had managed to eclipse this common sense understanding by a relentless focus on what they called evidence based medicine.   The mission behind RxISK.org was to turn the culture around by taking reporters through a good causality algorithm and making good quality data available to people.

The best quality data would involve people themselves reporting on an adverse event but bringing a risk report along to their pharmacist or nurse or doctor and getting someone else to agree that this is a reasonable description of what happened and that it does appear that the particular drug the patient thinks has caused the problem is the one that has caused the problem.  Nowhere is there a source of validated reports like this, and this is what RxISK.org aims to create.”

NOTE:  PHARMACISTS looking for information on how to utilize RxISK should read this document created just for YOU:

The Role of Pharmacists in Data Based Medicine & RxISK.org

How long has the website been running and what has been the most challenging part so far? 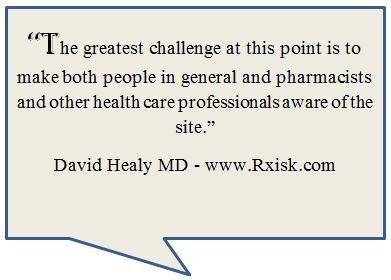 “The website has been running for 9 months.  During that period its become smoother.  We have created hair, sex, skin, suicide and withdrawal zones, hoping to make it clear that we are looking at issues that are broader than just the adverse events that kill someone or land them up in hospital.

Many of these other adverse events have a greater effect on a person’s life than traditional adverse events.  They can cost huge amounts of money or completely change the course of a person’s life forever but be deemed “trivial”.  For instance a drug that darkens skin could be a disaster for many.

The greatest challenge at this point is to make both people in general and pharmacists and other health care professionals aware of the site.

David, you are the author of several books, but the latest I believe is (cleverly titled) “Pharmageddon.”  Could you tell us a little about it?  What makes this book different than your previous book “Let Them Eat Prozac?” 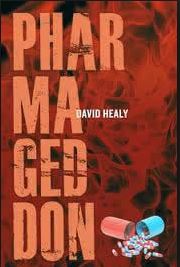 In almost religious fashion, industry are offering the promise of Heaven but are in fact delivering Hell.

It’s about how a range of inventions that are wonderful in their own right as in the case of climate change are collectively producing something similar to climate change in health care.

We cannot leave these issues simply to market forces as the market doesn’t understand No.  We need professional input and in many respects pharmacists are better placed to offer this than doctors.  Pharmacists have greater credibility.”

Some readers might be wondering if you recommend using any medications for the treatment of mental illness.  Do you?  And if so, which ones?

“Absolutely yes.  My specialty is drugs.  I don’t advocate anything as an alternative to drugs.  But being able to use drugs also means knowing when not to give them and just as an illness is an episode in a person’s life where there will almost always be more important things, so also drugs although hugely useful should only be one club in the bag.

The vast majority of people I see are referred to me already on treatment, so its rarely a case of me thinking what would I want to give myself – what do I think are the best treatments – its more usually a case of managing the situation where some drug or combination has failed.

For severe depressions I would often use tricyclics rather than SSRIs and for primary care nervousness I might think of a short course of benzos rather than an SSRI.”

I’m a pharmacist.  And my blog is read by many of my fellow pharmacists who, like me, work face to face with patients who battle various forms of mental illness every day.  Do you see some areas that pharmacists can step up and get more involved in the successful treatment of patients with mental illness?

“When RxISK.org was conceived first it was thought highly likely that the key people in the system would be pharmacists.

One point to mention is that RxISK is not a mental health site.  It deals with all drugs.  Pharmacists, unlike specialists in different health care areas, tend to know a good deal about all drugs rather than those in particular areas.

RxISK envisaged that a lot of people reporting adverse events on drugs wouldn’t want to take a report back to the doctor unless they had consulted a pharmacist or someone like a pharmacist first.  If they did consult a pharmacist and got endorsement that the drug was possibly playing a part in the problem this would make it harder for a doctor to deny a link to the adverse event.  We are particularly interested to see what impact bringing reports from a patient endorsed by pharmacists to a doctor might have.  This looks like a way for all of us to find out something about how health systems work today.”

It has been a real honor and privilege to speak with you Dr. Healy.  Thank you kindly for your time, but more importantly, thank you for your willingness to advocate for patients and to be a voice on their behalf with respect to their medication related concerns!  I encourage ALL my readers to check out www.RxISK.org and recommend it to others.

Readers who want to connect with Dr. David Healy can find him on TWITTER or on HIS BLOG.