Independent – But Not Alone: Introducing PharmacyGPO and Todd Eury

Aesop, the mysterious 6th Century B.C. fabler, once told the story of four oxen that successfully averted the advances of a lion by standing with their tails together and their horns facing out. As long as they remained so aligned, they were safe.  But when they wandered apart they each fell one by one to their patient predator.  The moral of the story, which became a famous phrase still frequently quoted today, was this:  “United we stand, divided we fall.”

Independent community pharmacies understand the value of coordinating their efforts to strengthen their position in todays’ market.  One such example of strength through cooperation is group purchasing, otherwise known as a pharmacy buying group.  In an effort to explain how a buying group works, I reached out to friend and pharmacy entrepreneur Todd Eury who is the President of PharmacyGPO – an innovative company whose ambition is not merely to maximize the pharmacy purchasing power, but to also grow the customer base of its member pharmacies. PharmacyGPO began in 2011 and grew out of Todd’s technology consultancy company which began in 2006.  Additionally, Todd runs the (according to him) “almost famous” Pharmacy Podcast

Show, dedicated to promoting the business of pharmacy through broadcasts of important and timely content.

Todd, thanks so much for taking the time to talk with me and my readers here at The Honest Apothecary.  It’s an honor to speak with you and I’m happy to encourage pharmacy owners to carefully consider the substantial benefits of becoming members of PharmacyGPO.

Jason:  First, since the concept of a buying group may not be familiar to some of our readers, could you briefly explain what exactly a Buying Group is?

Todd: A Pharmacy Buying Group is an organization – who (on behalf of its independent pharmacy business members) negotiates a better overall price for drugs from a wholesaler.  The concept can easily be compared to a Sam’s Club or Costco Membership. The concept that the “collective buying power of many is greater than a few”.

Jason:  Other than simply negotiating for a better price, does a buying group do anything else for its member pharmacies?

Jason: How does a pharmacy actually place an order through a buying group? 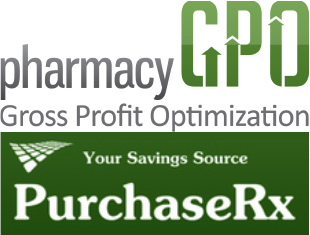 The “pharmacy buying group” concept has been in place throughout the country for over 25 years. We believe it needs to evolve from a commodity service to becoming actively involved in improving the profitability of their businesses – which can ultimately improve the health care of the patients within their prospective communities.

Jason:  So what is special about PharmacyGPO?

The intention of the pharmacy buying group is to take the commission or what’s called an “administration” fee paid to the pharmacy buying group by the drug wholesaler and dedicate revenue from that fee to marketing, new prescription business development, consultancy, profit assessment, and other subsidized programs that will help an Independent Pharmacy “optimize” and increase their business profits. The latest program PurchaseRx will fit any privately owned pharmacy buying arrangement regardless of primary wholesaler agreements. The PurchaseRx program is just one of 20 benefits of the PharmacyGPO offerings to maximize pharmacies dollars spent on their wholesale drug costs.

Jason:  Any final thoughts about PharmacyGPO you want to share with our readers?

Todd:  I think any pharmacy buying group that’s dedicated to the success of privately owned community retail, long-term care, or specialty pharmacies are great for the industry but I also believe the majority of those groups have become complacent and are not innovative. It’s hurting pharmacy businesses and that’s not good for communities throughout the country that rely on these independents.  PharmacyGPO has over 100 member pharmacies and is rapidly growing with their new innovative ideas, programs, and “gross profit optimization” strategies. Check them out on the Inter-Webs: PharmacyGPO.COM.

Todd, I want to thank you for talking to us about PharmacyGPO and some of the ways the group is really raising the standard for group purchasing through your innovative services and passionate desire to see community pharmacy succeed.  This united effort of a growing membership is truly an amazing example of the “united we stand” philosophy.  Group purchasing allows entirely independent and even geographically separated pharmacies to capitalize on their combined strength.  Independent does not mean fighting this battle alone.

» Interviews » Independent – But Not Alone: Introducing... Previous post:
The Plan B Contraceptive Issue – And Why I Propose Plan C Next Post:
Want to Buy a Pharmacy? An Interview with Owen BonDurant of Independent Rx Consulting