The Massachusetts Board of Pharmacy: Budgeting & Leadership Issues 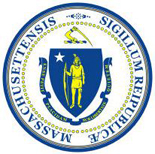 Ever since the terrible tragedy related to the 2012 fungal meningitis contamination of steroid injections shipped from the New England Compounding Center (NECC) around the country, things have been rather shaky for the Board of Pharmacy in Massachusetts.  I should know.  I live in this state and have practiced pharmacy here for nearly 20 years.  As such, the 53 deaths related to this horrible and preventable situation have been a heavy burden on my heart and mind for over 6 months now since it all began.  I have no personal, financial or political connections with anyone at NECC or the Board of Pharmacy.  I do, however, share with them a common profession – and therefore am keenly interested in making sure something like this never happens again.

Two big opportunities now present themselves to our state, and we have the chance to turn things around.  These opportunities are:

1) A new and enhanced budget, and

BUDGET:  The fiscal year in Massachusetts begins July 1.  As that date approaches, a budget must be approved by our elected officials.  An alarming and grossly inadequate amount of funding was set to be proposed for the functioning of our state’s Board of Pharmacy (which has been under-funded for a long time in my opinion).  I’m grateful that the Massachusetts Pharmacy Association, to which I belong, got involved quickly and issued a call to all members, recommending we contact our representatives about this glaring deficiency.  The following information was provided by the Association:

The Senate Budget contains an appropriation of $227,065 for the operations of the Board of Registration in Pharmacy (line item 4510-0722), a public safety institution that oversees over 1,200 pharmacies and 12,000 licensed pharmacists.  In light of the New England Compounding Center tragedy that has claimed the lives of 55 people to date, and sickened over 700, this figure is unconscionable.  This tragedy has revealed that the Board lacks the sufficient staff and trained inspectors to conduct unannounced inspections and provide oversight adequate to protect public safety and to ensure high standards in the practice of pharmacy.

Senator Keenan has filed an amendment (#513) to raise this figure by $600,000 to $827,000.  This is still significantly lower than the Governor’s recommendation and the House Budget figure of $1.3 million, and should be regarded a minimum starting point for debate with the House.  Pharmacists, pharmacy technicians, and pharmacies contribute licensing fees in excess of $1.5 million annually and this money is intended to safeguard the public and the profession.  Please voice your support for amendment 513 and do what you can to see that it is adopted.

Thankfully I received word just yesterday from the Executive Vice President  of MPhA, David Johnson, that Senator Keenan’s amendment has been adopted.  Here is what he wrote: “Senate amendment 513 was adopted.  Thank you for those of you who contacted your senator urging this action.  This ensures that the Board of Pharmacy will have an operating budget at no less than the senate figure of $827,065.”

LEADERSHIP:  In November of 2012 the Executive Director of the Board of Pharmacy, James D. Coffey, was fired for allegedly ignoring (or at least failing to act on) complaints about the products being shipped from the New England Compounding Center in Framingham, MA.  Now, in May of 2013, they are posting this position and calling upon applicants to be considered.  According to the online job description, the individual chosen for this new role will certainly have his/her hands full.  To give you just a few of the responsibilities:

COMMENTS:  So what does The Honest Apothecary make of all this?  I’m glad you asked.  Although to tell you the truth, this is probably a time where it might be wiser for me to bite my tongue and keep my head down.  Devils run where angels fear to tread.  But sometimes I just can’t help myself.  I love to write.  It is how I think, how I learn and how I express myself.  So here goes…

As for the budgeting improvements – okay, you now have more funds, I want to see results!  I’ve been alive too long to think you can solve a problem by simply throwing more money at it.  This is especially true if the money is being thrown by hardworking taxpayers into the pockets of politicians.  I want results!  If the new proposal is adopted, which essentially quadruples the boards financial resources, I (and I hope every other pharmacist & citizen of my state) are going to be looking VERY CLOSELY at how these dollars are spent.  To whom much is given, much will be required.  I’m personally going to be much more active in calling for accountability for these funds.  Qualified and unbiased inspectors are needed.  Pharmacy is not a game.  People’s lives are at stake.  In my opinion the Board of Pharmacy should be the BEST friend of pharmacies who are operating faithful to the public interest but should be the WORST NIGHTMARE to any pharmacy or pharmacist who is DELIBERATELY and/or DECEITFULLY abusing the trust of patients.

And as for the new Executive Director – I’m expecting transparency!  I will not hold against you any past connections relative to your career – but I DO expect for you to be entirely honest, approachable, sincere and diligent in your calling to lead our Board of Pharmacy in this state.  “I don’t know” will not be an acceptable answer to questions about the operation of the pharmacy practice in our commonwealth. You have to know.  And you have to speak up.  Your job is not to be friends with greedy corporations looking to maximize their profits by cutting staffing to dangerously low levels.  Your job is not to be buddies with political establishment that ultimately gave you this position.  You job is not to cover up for incompetency or corruption existing within the organization you serve.  Your job, Mr. or Ms. Executive Director, is to PROTECT THE PUBLIC.  Period.  And I, for one, expect no less.

©Jason Poquette and The Honest Apothecary.  Unauthorized use and/or duplication of this material without express and written permission from this blog’s author and/or owner is strictly prohibited. Excerpts and links may be used, provided that full and clear credit is given to Jason Poquette and The Honest Apothecary with appropriate and specific direction to the original content

» News & Politics » The Massachusetts Board of Pharmacy: Budgeting... Previous post:
Want to Buy a Pharmacy? An Interview with Owen BonDurant of Independent Rx Consulting Next Post:
Tech Talk Part I – An Interview with Cassie McIntyre CPhT