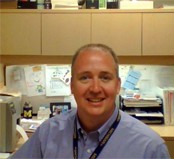 “Alice came to a fork in the road.  ‘Which road do I take?’ she asked. ‘Where do you want to go?’ responded the Cheshire Cat. ‘I don’t know,’ Alice answered. ‘Then,” said the Cat, ‘it doesn’t matter.” ― Lewis Carroll, Alice in Wonderland

Which pharmacy career road did you take?  Retail?  Hospital?  Once you’ve chosen; can you ever go back?

One of the more frequent questions I get when talking with pharmacy students or even more seasoned pharmacists is the question about working retail vs. hospital.  For those not familiar with this distinction, allow me to briefly explain.  Upon graduating from pharmacy school students have a wide variety of career paths to choose from.  The vast majority, however, will end up in some form of retail pharmacy (e.g. CVS, Walgreens or a community independent pharmacy) or in a hospital.  Yes, there are many other options as well.  But statistically about 75% end up in one of these two types of careers.

And they’re very different in terms of the actual working environment and focus.  Which provokes the question:  Can someone successfully switch from working in one setting for several years into the other?  In particular, for the purpose of this blog post, I am asking:  Can a retail, community pharmacist make the transition into working a hospital pharmacy job?  This is actually a very practical question for many pharmacists today.  While the job market is getting more and more saturated in certain communities, pharmacist are considering the possibility of switching career paths in order to maintain their employment status.

To answer this question about switching from a retail pharmacy career to a hospital pharmacy career, I reached out to a pharmacist friend and fellow-blogger Eric Durbin.  Eric has, in fact, made that transition in his own career and as such is especially qualified to share his perspective on that process.  I’m very grateful, as I’m sure my readers are also, for Eric’s willingness to share with us a glimpse into his own career and the transition he made into hospital pharmacy practice.

1)  Eric thanks for taking the time to talk with us.  As I understand you began your career in the retail/community pharmacy setting.  Can you tell us about that and how long you did it?

I graduated in the mid-90s when chain pharmacies were popping up on every street corner.  As much as I enjoyed my clinical rotations during my final year of school there just were not any positions available at that time at least not any that paid anywhere near what the chains were.  So I did what every other new graduate at my school did, I signed on with one of the chains.

2)  What was your overall impression of working in the retail setting?

I enjoy retail pharmacy.  I like being able to interact with the patients and educate them.  I have worked for two national chains and regional, family-owned grocery chain that had pharmacies in most of their locations.  I have also helped out local independent pharmacies when they have needed a day covered here and there.  I have especially enjoyed the shifts at the independents because I have been able to take time with the patients.  With the chains, it was all about numbers.

3)  What led you to think about a shift to a hospital career?

Since I have been a manager at every place I have worked, I’ve always been aware of the reimbursements from third-party payers.  When I saw how Medicare-D PDPs were putting the squeeze on retail pharmacies with their horrible reimbursements on 90-day prescriptions, we’re talking AWP-50% with no dispensing fee, I knew that retail pharmacy would turn into a volume-based business.  Add to that the race by retail chains to see who could charge the least for prescriptions (first $4, then $1.99, then free), I wasn’t going to be able to take the time with my patients like I had done earlier in my career, so I started looking at other practice settings.

I had interviewed at a few different places, but they just weren’t the right fit for me.  I ended up moving from one chain to another and knew within a couple months that I made a mistake.  So I started looking again.  The chain I was working for had started adjusting their productivity formulas and moving pharmacists around.  Since I was the new guy at my location, I was being shipped to a different location one day each schedule.

One of these days was a Monday at a pharmacy that was fairly close to my home.  I was working with two other pharmacists that day.  When I ran the reports at the end of the day, I saw that I had verified 492 prescriptions during the 9 hours that I was in the pharmacy.  I was used to verifying about 220-240 scripts per day and felt safe at that volume.  492 was alarming.  I was sent back to that pharmacy a couple weeks later.  I didn’t verify 492 again, but I verified enough to know that my employer was going to work me like a dog for as long as possible.  It was time to escape retail.

Not too long after that, Easter Sunday 2011 to be exact, my escape found me.  I was standing in the hallway of my church between services, waiting on my daughter to finish playing in the play area at the church.  A hand tapped me on my shoulder and I turned around.  It was one of my wife’s friends, who happened to be the medical director at the critical access hospital in my wife’s hometown.  She told me that the facility was in the process of being sold, and once the transaction was complete the facility was going to hire a new director of pharmacy.  All I needed to do was watch the newspaper to see that the sale was completed,  and then apply.  So I did.

A few interviews and phone calls later, I was turning in my two week notice to the chain.

4) Were you at all concerned about making that transition?

I’ve always embraced change.  It gives me energy.  And I’ve always been confident in my ability.  I knew that there was going to be a learning curve as I transitioned from one practice setting to another but I just took it as a challenge rather than something to worry about.  With the position that I accepted, I would be wearing many different hats every day.  Part of the time I would be a clinical pharmacist, part of the time staff pharmacist, and the rest of the time director of pharmacy.  That was part of the challenge that excited me.

5) In your particular situation, what do you think was the most difficult aspect of transitioning from retail to hospital?

In retail if you want or need something it doesn’t take too long to get an answer. In the hospital everything goes through committee after committee.  A process that you think should a week to hammer out ends up taking months.  I’m still trying to get a handle on all the policy, procedure, and politics of the hospital.

6) If you were to give any advice to a pharmacists looking to make that same transition, what advice would you give?

That’s a question that I frequently get via email.  You’re a pharmacist, so I know you have the brains for the job.  Anything that you may have forgotten won’t take that long to get back, and it’s probably outdated by now anyhow.  The two biggest things that a pharmacist needs to bring if he/she wants to make the change from retail to hospital is confidence and communication skills.  Even if they won’t admit it, the people conducting an interview are thinking “would I want to work with this person?”  If you are confident and are able to communicate with the interviewer, you’re that much further ahead in the game.

7) Do you think you will ever go back to retail?

I still work an occasional shift in retail, about once every two months.  I work for a family-owned, regional company that I have admired for years.  If I ever went back to retail full-time, it would be for a company like them or an independent.

8) On a slightly different topic – could you tell us a little about your blog and your history with blogging?

I had no interest in blogging until I was off for a few months following knee surgery.  One day after physical therapy I stumbled upon a blog written by an ER nurse in Pennsylvania.  From there I linked to some pharmacist blogs and was hooked.  It took a couple days until I decided to start my own blog.

My first blog was anonymous, and more of a rant-style blog.  It helped me blow off steam after work (and during work on some days).  Only about three of four people knew my true identity, and only because I revealed it to them.  It was easy to hide behind the anonymity, but I didn’t think that I could help advance the profession by hiding my identity.

If I wanted to possibly advance the profession, I needed to put my name to my words.  So I removed the content from the anonymous blog and started my current blog.  I decided to try to keep the content more towards issues that affect the profession rather than complaints about patients, employers, etc…  Sure, some posts may come across that way, but that’s not the intent.  I want to throw ideas out there to start some discussions.  I’ve not had the comment volume like I had on the anonymous blog, but the email feedback had been tremendous.

I’ve also been able to have conversations with some of the pharmacy leaders due to putting my name to my blog posts.  By owning my words, I now have connections that I would not have had if I remained anonymous.

My writing has slowed down since my move to hospital.  Mostly because the move to hospital has enabled me to spend more time with my family and I just don’t take the time to develop ideas that pop into my head.  I have a couple huge projects underway at the hospital that have taken my time.  Once they are wrapped up I will be able to get back to writing on a more frequent basis.

I want to thank Eric once again for his willingness to share with us his career story, his transition into hospital pharmacy and his work as a blogger also.  Please take a moment to thank Eric for his participation in this interview and be sure to connect with him on Twitter and visit his Blog!

So now, grinning like the Cheshire cat in Alice’s Wonderland, I have to ask you:  “Where do you want to go?”