William Cowper, the prolific 18th century hymnist and poet once wrote “Variety’s the very spice of life, that gives it all its flavor.”  One of the things that attracted me early on to pharmacy was the variety of career paths it offered.  There are pharmacists in regulatory rolls, pharmaceutical manufacturing and sales, healthcare administration, health insurance management and design, long-term care, clinics, hospitals, chain drug stores, independents and entrepreneurs.  Hey, some of them even do blogging!

But one avenue for pharmacists that is becoming increasingly important is the area of informatics.  To help explain exactly what that involves, I’ve reached out to a good friend and expert in this field, Jerry Fahrni.  I’m very excited to be able to share with you his insights into this career path which he is eminently qualified to provide.  I have personally been a long-time fan of Jerry’s blogging as well as a follower on Twitter.  But even more importantly, I have always been impressed with Jerry’s professionalism and friendly personality as he interacts with others online and shares his insights about pharmacy through social media.  He also has a lovely family [see pics below!]!  So if healthcare and technology are interesting to you, then you will want to listen in.

1.         Jerry thanks for talking with us here at The Honest Apothecary.  Could you tell us a little about what led you to pursue a career in pharmacy?

That’s a good question, and one that I’ve thought about many times myself. My career path to pharmacy is a bit convoluted. The little college I attended out of high school didn’t offer a lot of variety, so I started my college career majoring in engineering with the ultimate goal of going to medical school. During my first year I fell in love with chemistry and realized that I didn’t care for the biological sciences. That’s not a great combination for someone that wants to be a physician. I knew I wanted to stay in the medical field so I started looking at healthcare careers that were heavily dependent on chemistry, and that’s how I ended up choosing pharmacy.

2.         According to your LinkedIn profile, you began your career in a hospital setting.  How did you like working in a hospital?

I loved it. It’s such an interesting place for a pharmacist. The hospital setting gave me an opportunity to do things that I simply couldn’t have done elsewhere. It’s such a dynamic practice environment.

3.         From the hospital it appears you began moving into pharmacy information technology.  What prompted this interest?

It kind of just happened. I’ve always had more than an idle curiosity in technology. In the pharmacy I was always the guy tinkering with new ways to do things, especially when it came to working with automation. I volunteered for any project that had anything to do with technology, and after a while I became the “go-to guy” for that kind of stuff. At one point it simply evolved into a career path.

4.         Today, pharmacy informatics is a unique specialty within the profession.  Could you explain to my readers, who might not be familiar with this concept, what exactly an informatics pharmacist does?

The role of an informatics pharmacist is still widely debated inside the profession. If you asked ten people this question, you would likely get more than a few different answers. The problem is that people use many different terms to describe pharmacists that work in this role. When you look at job boards you’ll see opening for IT Pharmacists, Informatics Pharmacists, Clinical Informaticists, and so on. Unfortunately they’re often looking for the same thing, but using different terminology to describe it.

The duties for pharmacists working in informatics roles often range from strategic planning for the implementation of new automation and technology, or optimization of existing automation and technology, to working with databases, clinical decision support systems, and so on. A pharmacist working in the informatics field might expect to work with technologies like robotics, computerized provider order entry (CPOE) systems, pharmacy information systems, bar-code medication administration (BCMA) technology, smartpumps, automated dispensing cabinets, etc. It’s quite a dynamic field, and it’s still evolving.

5.         What type of a work environment could an informatics pharmacist expect to work in?

An informatics pharmacist could potentially work in any pharmacy environment, but they tend to be concentrated in hospitals. That could have something to do with the amount of automation and technology that can be found in acute care pharmacies these days. With that said I’m starting to see interest in settings outside the hospital, specifically ambulatory and outpatient pharmacy settings. 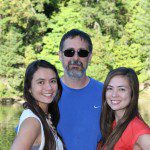 6.         Could you tell us about some particularly interesting or exciting projects that you have been involved in?

All the projects I’ve been involved with have had their ups and downs. I’ve implemented automated dispensing cabinets, bar-code medication distribution systems, installed carousels and high-speed packagers, build databases, worked on computerized provider order entry systems, and so on. There are however, two projects that I’m particularly proud of, and they are the design and construction of a new acute care pharmacy, and implementation of mobile technology inside the pharmacy department where I worked.

My first major task after becoming an informatics pharmacist was to help design a new pharmacy that centered on the use of new technology. It took more than a year to get everything in place, but it was worth it. I learned a lot. It was very exciting to be involved with something like that from beginning to end.

The second project I mentioned was focused on getting the clinical pharmacists at my hospital to use tablet PCs while on the floor so they could spend more time with patients and physicians and less time tied to a desktop. This was long before the current crop of tablets hit the market, which made it a novel concept at the time. It was quite successful, and the pharmacists loved it. I can’t imagine how much better things could be today with all the new technology at our fingertips.

7.         What do you think some of the upcoming developments in the field of pharmacy informatics might be?

It’s hard to say. I thought we would be much further along today than we are. I definitely think robotics will begin to play a much bigger role in pharmacy distribution over the next 5-10 years. Clinical decision support technology will begin to help pharmacists do their job more efficiently as well, as will pharmacogenomics, which is right on the edge of becoming an everyday thing.

I think pharmacy is right on the cusp of some really great things. The profession has finally started to embrace the idea of technology, which will lead to increased innovation over the next decade. It’s a good time to be involved in pharmacy automation and technology.

8.         Jerry, having worked in this field of informatics for some time you have obviously developed some useful skills.  Could you share with my readers the skills you have learned and acquired that enable you to really excel as an informatics pharmacist?

I’ve had a rather unique career. I’ve been exposed to the process from beginning to end, which is to say that I’ve worked as a staff pharmacist, a clinician, and for an automation and technology vendor.

It may sound strange, but the most important skills I learned along the way came from my time as a practicing clinician. I was a “clinical pharmacist” for the better part of ten years prior to moving into informatics. It gave me a unique perspective on the process. I knew where the pain points were from the clinician’s point of view, which was a tremendous asset when I started working to improve the systems that the pharmacists and technicians were using.

9.         Well, with your background and experience I suspect you would be a great resource for students or employers.  How can any of my readers get in touch with you for more information about you and your career?

I’m pretty easy to find. People can email me directly at jerry.fahrni@gmail.com, call me at 559-838-6014, stop by my blog at http://jerryfahrni.com, visit my LinkedIn profile (www.linkedin.com/in/jfahrni) or even reach out to me via Twitter at @JFahrni