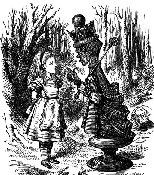 I‘ve spent 20+ years in various health care settings as a pharmacist and I’m no stranger to the frustrations that delivering pharmaceuticals often entail.

Sometimes it feels like an uphill battle just to accomplish the most fundamental of functions.  I know.  I’ve been there.  I AM there.

At times it seems like every conceivable force in the universe stands between today’s pharmacist and the patient who needs our help.

I might mention, for example, the 15 minutes I spent the other day explaining to the INSURANCE representative that transferring me to the medical benefit department to help process a claim for oral typhoid vaccine was unnecessary and a waste of time.  Or the countless calls to a software vendor whose “End of Day” reports simply don’t add up.  Or the “help desk” which is anything but.  Or the patient who rudely insists that 20 minutes is an unacceptable amount of time to wait for 3 prescriptions, and then when you actually manage to get them done in 14 minutes insists that you “waive” the copay because she knows that you can’t legally require it if she says she can’t pay.

We could all go on.  Sometimes it’s so bad that any hope for progress and success seems impossible.  Maybe it is impossible.

That reminds me of Lewis Carroll’s brilliant line from his classic, Through The Looking Glass.  Alice was complaining to the Queen that she simply couldn’t believe impossible things.  The Queen responded, and I quote: “I daresay you haven’t had much practice,” said the Queen. “When I was your age, I always did it for half-an-hour a day. Why, sometimes I’ve believed as many as six impossible things before breakfast.“

I think the Queen is right.

I think we all need to start believing some impossible things.  I know I do.  I didn’t get into this profession to allow my opportunities to serve patients be snatched away by corporate bureaucracy, insurance insanity or simple human stupidity.  I don’t get angry.  I learned long ago that was a waste of time and energy.

I’d rather use my energy to do some impossible things.

It’s impossible to make sure 100% of my patients completely understands how to use their medication properly.  But I’m gonna aim for it.  I’m going to aim for it because frankly 99% ain’t good enough.

Impossible things.  What are the impossible things you encounter?  Why not just do them anyway?  And why not knock a few of them off your list before breakfast?  You might think this is all a waste of time.  You might think it’s a waste of cyber-ink.  Personally I disagree.  I think most of the great things ever accomplished were things once deemed impossible.  Landing on the moon, flying through the sky, running a 4 minute mile.  Impossible.  Inconceivable.  Done.

IT COULDN’T BE DONE

Somebody said that it couldn’t be done, But, he with a chuckle replied That “maybe it couldn’t,” but he would be one Who wouldn’t say so till he’d tried. So he buckled right in with the trace of a grin On his face. If he worried he hid it. He started to sing as he tackled the thing That couldn’t be done, and he did it.

Somebody scoffed: “Oh, you’ll never do that; At least no one has done it”; But he took off his coat and he took off his hat, And the first thing we knew he’d begun it. With a lift of his chin and a bit of a grin, Without any doubting or quiddit, He started to sing as he tackled the thing That couldn’t be done, and he did it.