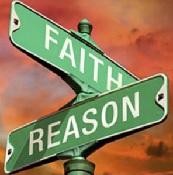 In a previous post I mentioned the fact that some of my readers wanted to hear more about the relationship between my faith and the practice of pharmacy.  In that article I touched on some of the areas in which a Biblical Worldview overlaps with the view of the world we espouse in pharmacy and health care in general.

I embrace what I like to refer to as Biblical Christianity.  I think that term “Biblical” is essential for 2 reasons.  First, it is essential because there is an awful lot of “Christianity” being practiced, promoted and preached that is anything but Biblical.  This article isn’t about debunking others, but just suffice it to say that “all that glitters isn’t gold.”  But secondly, and most importantly, I call my faith “Biblical Christianity” because I myself fall miserably short of what I profess and believe.  I don’t say this as an excuse, but simply as a reminder.  I’m not interested in amassing followers of MY faith, so much as I would love others to follow Christ as He is revealed in Scripture.

WARNING:  This post is not written to offend those who think differently on this subject.  If you take offense, know that it was not intended.  Rather, it was meant to share what my own thinking on this subject looks like.  I welcome polite comments from those who agree or disagree.

The problem with this characterization is that it fails to give the whole picture.  Faith and evidence are not enemies.  They are not mutually exclusive approaches to life.  Biblical Christianity sees the evidence, and more.   I believe what I believe not because it makes me feel good (a silly notion, particularly if you know anything about what the Bible says about sin) but because, in part, the evidence clearly points in that direction.  Sir William Bragg, who won the noble prize for physics in 1915, put it this way “Religion and science are opposed…but only in the same sense as that in which my thumb and forefinger are opposed – and between the two, one can grasp everything.”

Clinical decisions for medical treatments should be based on evidence.  So should the way you live your life.  We may not look at the evidence in exactly the same way, but that doesn’t negate the existence of such evidence or its validity.

Allow me to mention some of the evidence that persuades me that Biblical Christianity is true.

We all agree on that, don’t we?  I remember the story of a student who objected to the notion of existence.  He stood up and asked the professor “Sir, how do we know for sure that ANYTHING exists?”  The professor wisely responded, “Whom shall I say is asking?”  Denying existence is a self-defeating argument.  The denier must exist, or the argument itself must exist, or the objection makes no sense.  But if something exists NOW, then something has ALWAYS existed.  That is what every bit of evidence points to.  Look around you.  Can you find one thing that in your experience that did not previously exist in SOME form or other?  Biblical Christianity simply says this:  Something must have always existed.  In my view, that “something” is a “Someone.”  This argument flows from evidence.  Every painting has a painter.  Every building has a builder.  Therefore the concept that creation itself has a Creator is not wishful thinking or simple “faith” but rather the logical conclusion based upon the evidence of everything we see and know.

Dr. Peter Kreeft puts it cleverly: “Someone once said that if you sat a million monkeys at a million typewriters for a million years, one of them would eventually type out all of Hamlet by chance. But when we find the text of Hamlet, we don’t wonder whether it came from chance and monkeys. Why then does the atheist use that incredibly improbable explanation for the universe? Clearly, because it is his only chance of remaining an atheist. At this point we need a psychological explanation of the atheist rather than a logical explanation of the universe.”

You and I both believe that certain things are right and wrong.  The “wrong” things, moreover, are not simply wrong because they are illegal or unpopular.  You believe, I presume, that rape is wrong even if (for example) 99% of mankind were to disagree.  Laws and customs reflect (some better, some worse) the absolute moral laws that we know exist – even though we don’t all agree on them or necessarily like them.  Biblical Christianity simply looks at the evidence of these moral laws and concludes there must be Someone responsible for them.  To suggest otherwise ultimately means that “right” and “wrong” or “good” and “evil” are nothing more than preferences.  They have no absolute basis.

If there is no God, if there is no Ultimate standard for morality, then all our intuitive feelings about good and evil are merely chemical coincidences.  They have no real basis in anything absolute.  We can say theft is illegal, but we can’t really say it is “wrong.”  Violence may be inconvenient, rape may be repulsive, arrogance may be unappealing…but if we are all just products of matter, time and change – none of these things can be labeled “bad” or “evil” per se.  But virtually all of us think otherwise…and for me that is evidence of the existence of God.

C.S. Lewis, former atheist and famous author of the Chronicles of Narnia series put it this way:  “My argument against God was that the universe seemed so cruel and unjust. But how had I got this idea of just and unjust? A man does not call a line crooked unless he has some idea of a straight line. What was I comparing this universe with when I called it unjust?” – Mere Christianity

Evidence #3:  THE PERSON OF CHRIST

Some folks like to say He was just a good teacher, but no more.  The problem with this view is that Jesus Himself forbids it.  “Just a good, moral teacher” has not been left as an option by Christ.  No mere man, simply looking to promote morality and kindness, would ever say things like “I am the way, the truth and the life.  No one comes to the Father but by Me.”  He claimed exclusivity.  He claimed to be God in the flesh, prompting the crowds on more than one occasion to want to stone Him for such blasphemy.  He said He had the power to forgive sins, and explained that His upcoming death was designed as an atonement for sin.  To view Christ as nothing more than a wise teacher, humanitarian and charismatic leader is to basically ignore what Jesus Himself said about who He was.

Not only that, but His life fulfilled numerous Old Testament prophesies which even honest skeptics admit must have been written long before His birth.

Finally, if Jesus Christ did not rise from the dead, then there must be some other evidence that explains why all His followers were willing to die for a lie which they knew to be untrue.  Silly suggestions that Jesus didn’t really “die” on the cross, but merely swooned, fail to appreciate the fact that Roman soldiers knew how to kill a man.  That was their job, and they did it well.

Look at world history.  Check out the evidence.  There simply was never someone else quite like this Jesus Christ.  There have been many teachers and leaders in the past.  But the uniqueness of Christ cannot be ignored.

Napoleon is quoted as saying “I know men and I tell you that Jesus Christ is no mere man.”  H.G. Wells, no Christian for sure, said “I am an historian, I am not a believer, but I must confess as a historian that this penniless preacher from Nazareth is irrevocably the very center of history. Jesus Christ is easily the most dominant figure in all history.”

Does life itself have any real meaning or purpose?  Most people I meet seem to think so, or at least act as if it does.  We show passion and interest in things like medicine, politics, technology, beauty, relationships, the pursuit of knowledge, kindness, other people, etc.  But the fact is that apart from faith it can be argued that none of these things really matter.  We’re just filling in the gaps between birth and death, but no ultimate meaning can be assigned to our existence or that of others.  Honest atheists and skeptics have admitted this.  Existential philosophers like Jean-Paul Sartre or Albert Camus understood this, just read “No Exit” or “The Stranger” for proof.  Nietzsche knew this, read his “Parable of the Madman.”  Bertrand Russell, another atheist, recommended we all live “our lives on the firm foundation of unyielding despair.”

I’m not saying that without faith your life has no meaning.  What I’m saying is that without faith there is no consistent and rational basis for that meaning.  Sartre argued we must therefore “create” our own meaning.  But that is about as genuine as creating your own money.  Biblical Christianity, on the other hand, provides a framework for a life worth living.  The Christian faith teaches about another life after this one.  It is THAT life, and the Creator of life, that really gives THIS life meaning.   C.S. Lewis said “If I find in myself desires which nothing in this world can satisfy, the only logical explanation is that I was made for another world.”   Saint Augustine noted it long ago when he said “My heart is restless, until it finds its rest in Thee.”

Ravi Zacharias put it this way “Pleasure without God, without the sacred boundaries, will actually leave you emptier than before. And this is biblical truth, this is experiential truth. The loneliest people in the world are amongst the wealthiest and most famous who found no boundaries within which to live. That is a fact I’ve seen again and again.”

“What does it profit a man if he gains the whole world, and loses his soul.” Mark 8:36

It should be pointed out that faith, true Biblical faith, is not simply a matter of stacking up the evidence.  The question of Christianity is not ultimately an intellectual one.  According to the Bible, we all need a new heart, which ultimately will change our whole way of thinking too.  But that said, faith is not contrary to the evidence either.  I believe in evidence-based medicine.  I believe in evidence-based Christianity too.

“Our churches are filled with Christians who are idling in intellectual neutral. As Christians, their minds are going to waste. One result of this is an immature, superficial faith. People who simply ride the roller coaster of emotional experience are cheating themselves out of a deeper and richer Christian faith by neglecting the intellectual side of that faith. They know little of the riches of deep understanding of Christian truth, of the confidence inspired by the discovery that one’s faith is logical and fits the facts of experience, of the stability brought to one’s life by the conviction that one’s faith is objectively true.” – William Lane Craig

On Faith and Reason – Thomas Aquinas

The Reason for God – Timothy Keller

Love God with all Your Mind – J.P. Moreland

©Jason Poquette and The Honest Apothecary. Unauthorized use and/or duplication of this material without express and written permission from this blog’s author and/or owner is strictly prohibited. Excerpts, quotes and links may be used, provided that full and clear credit is given to Jason Poquette and The Honest Apothecary with appropriate and specific links to the original content.

» Faith & Life » A Pharmacist’s Faith Part II: ... Previous post:
Pharmacy Job Search: How Long Will it Take? Next Post:
How Much is a SPOONFUL of Medicine?