Why Poor Performers Get Promoted 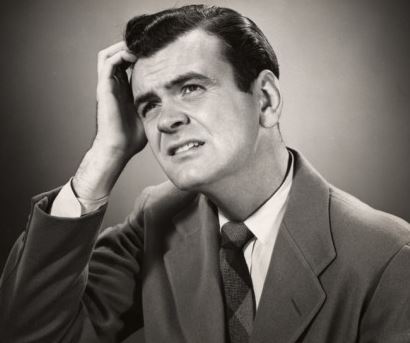 During my 20+ years actively working in the pharmacy profession I have had the privilege of working for some outstanding role models and leaders.  I think of the supervisor who gave me, a new graduate, the opportunity to step up and manage a retail pharmacy that was in the process of undergoing several significant transitions.  Or the other manager who trusted me to open a brand new store with zero patients and encouraged me as I learned how to grow a retail pharmacy business.

Even today I’ve got some fantastically talented leadership to look up to and learn from.

My early experience with great leaders in upper levels of management initially inspired me to want to try and “move up the ladder” myself in due time.  As such I kept a keen eye on who was already in these upper level positions, what their work looked like, and most importantly…who was getting those jobs when openings occurred.

And that is where some disillusionment settled in.  It seemed, as I was looking around outside my immediate circle, that more often than not it was the POOR performers at the “store level” that seemed to surprisingly be getting these promotions into upper levels of management.  I didn’t get it.

Maybe I was just jealous.  But mostly I think I was just puzzled.  My store was growing faster, generating better profits, implementing more valuable services and getting the best customer feedback.  I had great relationships with patients, store personnel and local physicians.  My staff liked me, and so did my bosses.  But when it came to getting promoted…I never even heard about the opportunities.

Then I remember when my first big opportunity finally came.  I was interviewing for a “district” level management position.  I was sitting down talking to a seasoned veteran in that capacity.  He looked me in the eye and said to me “So Jason, why do you want to change careers?”

Change careers?  What did he mean?

Then the light turned on.  We talked.  I asked a lot of questions.  To this day I appreciate what I learned that afternoon.

What I learned was this:  Upper management is really a whole new career.  The skills and talents that often make someone a very good pharmacist or pharmacy manager can make that same person an awful upper manager.  This is NOT universally true.  But anyone who has worked at “store level” in retail, maybe especially in pharmacy, has seen this phenomenon where the most unlikely candidates seem to move “up the ladder” faster than those who have more talents at the store level.

Pharmacists and pharmacy managers (and this applies to technicians too) excel in their world by developing a winsome, likable demeanor.  Success is often measured by your ability to attract others.  But upper management doesn’t work that way usually.  They need to initiate changes, maintain control, enforce policies and, to some degree, provoke a little fear.

Those pharmacists who were poorly suited for growing their business on a store level might be fantastic performers a little higher up the ladder.  Not always.  I’ve seen many a great pharmacist take a “promotion” only to realize (often too late) that they were really more suited to store-level management.  They got burned out.  Ultimately they end up back in a store or they leave the company altogether.

There are other reasons why poor performers often get promoted.  Sometimes it seems they are moved ‘up’ because it is an easier way to ultimately move them ‘out.’  They are so caustic and unprofessional that the company finds a “better” job for them which separates them from the customers they are offending.  Then they just get worked to death and virtually forced to quit.

Some pharmacists, on the other hand, do great at store level and just as well when they move up.  These are the true leaders in my opinion.  Typically they don’t stay at the first level of upper management very long.  Their talents are needed further up the ladder to bring vision, unity and creativity to the company.

So, that’s my theory about why poor performers often get promoted.  The moral of the story is this: don’t take it personally if you get overlooked.  It might just be you are exactly where you perform best.