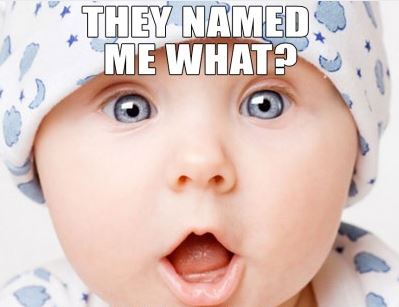 [From Coraline, by Neil Gaiman]

Cats may not have names.  But drugs do.  And some are weird.  Have you ever wondered where those names came from?  Over the past 20 years or so of my career I’ve tried to make a mental note of the drugs whose names have an interesting story behind them.  Some are more interesting than others.  Here are a few that I can remember.

HISTORY OF A FEW DRUG NAMES:

PREMARIN:  Just about everyone knows this one.  Premarin used to be a wildly popular estrogen replacement supplement, often used in combination with a progesterone.  The name Premarin is an abbreviation of how this drug is produced.  Premarin comes from PREgnant MARe urINe.  Yes.  That’s right.  Horse pee.

LASIX:  A powerful diuretic used to reduce edema and lower blood pressure.  The name Lasix comes from the fact that it LAsts SIX hours.  I sometimes remind my patients that the drug has often been used to improve the race performance of horses (that’s true!).  But that I don’t recommend them racing a Thoroughbred just yet.

VICODIN:  A powerful combination of hydrocodone and acetaminophen.  Touted as being 6 times the potency of codeine.  Thus, they named it Vi (Roman Numeral 6) Codin.  Six times Codeine.  Get it?

TYLENOL:  Speaking of acetaminophen, do you know where the name TYLENOL comes from?  Well, for you chemistry buffs, you might remember that the chemical name for acetaminophen is n-acetyl-para-amino-phenol.  Look again closely.  n-aceTYL-para-amino-phENOL.  Aren’t they clever?

AMBIEN:  First in a new class of sleep aids, now sold generically under the name zolpidem.  But the original brand name promised a good night’s sleep…translating into a GOOD MORNING!  “AM” stands for morning and BIEN is Spanish for GOOD.  Hence:  AM-BIEN.  Good morning!

NAMENDA:  Namenda is indicated for treating Alzheimer’s disease.  It works by targeting specific receptors known as NMDA receptors.  Buy a few vowels and there you have it:  Namenda!

So those are a few that I can recall.  Got any good ones that you know?  Share them in the comments below.  Please!