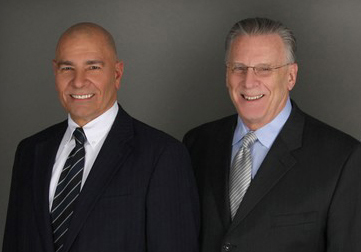 Pharmacy owners typically pour themselves, heart and soul, into the success and growth of their business.  It’s hard work that often involves long hours and great sacrifice.  But they love their patients and are willing to endure all this to bring to their communities an array of services designed to promote patient health and well-being.  But what happens to the health of their pharmacy business when the ownership needs to change?  Is their investment protected and prepared for transition?  This is a critical consideration that is sometimes neglected.

I have connected with two experts in this area: Thomas H. Craft and Lawrence C. Barrett of the Independent Pharmacy Consulting Group.  Together they bring years of experience and sound financial advice aimed at helping owners (and would-be owners) protect their greatest investment.  Over the next 6 weeks they will be providing us with 6 articles that highlight importance of a Buy-Sell agreement.  I encourage my readers to check out these articles and to reach out to Thomas and Lawrence for help and advice.

This six-part series is about maximizing the value of your closely-held pharmacy business by ensuring its transfer, whether planned or unexpected, is done under controlled circumstances to the desired successor in a timely manner while minimizing all costs on such transfer, including taxes.

Why Do Independent Pharmacists Need a Buy-Sell Agreement?

It is important to understand that a Buy-Sell Agreement is only one piece of a total business continuation plan. That plan must take into consideration not only the pharmacy itself and its survival, but also the personal needs and issues of the Independent Pharmacy owner and his or her family, defined as those they care about and feel responsible for. To ensure maximum value, a Buy-Sell Agreement must be incorporated into a comprehensive financial plan including investment, estate and charitable planning for the pharmacy owner.

What is a Buy-Sell Agreement?

A Buy-Sell Agreement (also referred to as a business continuation or shareholder’s agreement) is a legally binding contract that places certain restrictions on the transfer of stock by the owners of the pharmacy and requires certain actions happen on the occurrence of certain events called triggering events.

Triggering events may include death, disability, divorce, deadlock, departure (retirement), default (insolvency or bankruptcy), or disagreement among owners. It may also include disasters like a data loss or building fire/flood.

Problems Addressed by a Buy-Sell Agreement

Closely-held pharmacy corporations by their nature present some issues that cannot be ignored. Pharmacist shareholders are likely to be active in the business and receive most of their income in the form of salary, bonus or fringe benefits rather than as dividends. While shareholders enjoy limited liability to corporate creditors, many personally guarantee corporate indebtedness. Finally, the legal structure of the pharmacy remains intact if death or disability occurs to a majority shareholder, but the personal finances of that shareholder changes drastically.

These closely-held pharmacy business characteristics may have a significant impact on and generate major problems for the pharmacy, its owners, their families, and their creditors when ownership changes hands due to a triggering event. Each triggering event can be impactful, but the death or long term disability of an owner usually is the most traumatic because it is often unexpected.

Why Death and Disability?

A shareholder living and working has great flexibility. They can sell their pharmacy, give it away, or keep it. If that same shareholder dies or becomes disabled, they lose all flexibility without a Buy-Sell Agreement in place. The shareholder’s stock is distributed (by trust, will or intestate) to beneficiaries who hold and vote the stock. If the decedent was a single pharmacy owner, the trustee, executor or heirs may be forced to run the business. What are the chances your pharmacy will retain its value?

Realistically, the death or disability of a shareholder in a closely-held business often signals the death or crippling of the business. What if the value of the pharmacy is expected to be an important retirement resource after being sold to generate income for retirement? How will the loss of that asset or its value impact the spouse and family?

The death or disability of a working pharmacy owner without a well-drafted Buy-Sell Agreement may spell financial disaster or chaos. No estate asset will deteriorate in value more quickly or completely than a closely-held business. Can you imagine what would happen to your pharmacy’s value if it had to close for a week or month?

A Conflict of Interest Exists

The interest of surviving shareholders and decedent-shareholder’s heirs are at odds. Even a sole shareholder’s death or disability may bring conflict between multiple heirs with different ideas on the pharmacy resulting in an unnecessary formula that may tear a family apart.

The goals or problems of the surviving stockholders may include:

The goals or problems of the decedent/shareholder’s family or heirs include:

Where Do We Go From Here?