What to do if your Pharmacy is Being Robbed 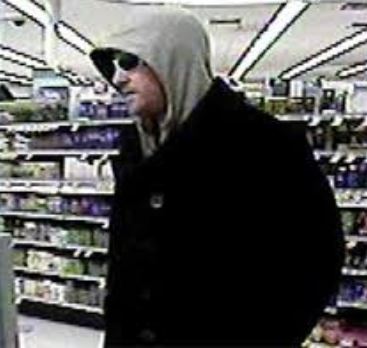 No pharmacy I have ever worked in has been robbed during my time of service.  For that I’m grateful.  Maybe some will think that disqualifies me from writing on this subject.  I do admit that those who have actually been involved in an armed robbery can talk about it from a different perspective.  Nevertheless, I have been working in retail pharmacy for over 20 years, and I know plenty of pharmacists who have gone through the terrible experience of an armed robbery.  My conversations with them, combined with my own experience, research and concern, emboldens me to speak out about this important issue.

The news media has gone crazy lately showing footage of a courageous pharmacist in West Virginia who pulled his gun and shot down an armed robber in his pharmacy.  His timing was perfect.  His shots were perfect.  The outcome was…as far as I’m concerned…perfect.  As someone who believes in the rights associated with legal gun ownership (I own a gun too), and self-defense, I have nothing but respect for what this pharmacist did in a circumstance that could have ended in the loss of innocent lives.

You can watch the incident here:

THAT SAID – as a pharmacy professional and one who has spent a significant amount of energy and time trying to pass along “best practices” to the next generation of pharmacists – I recognize that this pharmacist did exactly what we try to discourage.  He fought back and opened fire in a closed environment where even one unlucky move could have ended in tragedy.  Yes, he came out (in my opinion) a hero.  And as I said before, I take nothing away from that.  But as an example for others to follow…I don’t recommend what he did.

This article is about pharmacy ARMED ROBBERY not burglary.  Burglary is when a criminal breaks into your pharmacy after-hours.  Robbery is when you are held up during business hours.

I do not claim to be a pharmacy crime expert.  However, I have been in this field long enough that the advice you will  find here is practical and achievable.  I have read many articles on pharmacy security from well-meaning law enforcement professionals.  Although I appreciate their concern, sometimes their advice just isn’t very practical.  For example, having your cashier surrounded by bullet proof glass with a sliding drawer to accept cash just isn’t going to happen in most pharmacies.  Or take this advice which I recently read “Install a device that sprays a mist on the robber as he or she leaves the pharmacy. The mist, which the robber cannot notice, contains a plant DNA that is visible only under a special light. Suspects seen with this DNA are thus linked to the robbery and easier to convict.”  Cool idea, but I don’t see that happening any time soon.

So what should you REALLY do if your pharmacy is being robbed?

Prevent a robbery in the first place.  Presumably you are not being robbed at the moment – so this is the perfect opportunity to remind ourselves about some common sense things we can do to prevent robberies.  The following prevention tips not only reduce the chances of being robbed, but improve the odds of catching the robber afterwards.  Every pharmacist should make it their own responsibility to ensure the following are done or in place:

I highly recommend watching the videos provided by RxPATROL which you can find HERE.

If you want a brief review of robbery protocol directly from the DEA, here is a LINK.

To read my Pharmacy Times article on this issue CLICK HERE.

» Pharmacy Operations » What to do if your Pharmacy... Previous post:
Head Lice – What You NEED from the Pharmacy Next Post:
Pharmacy Schools Embrace 10-year PharmD (April Fools Post)