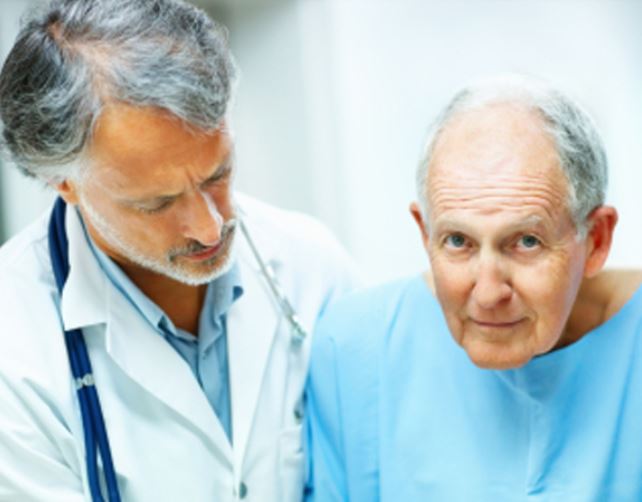 Things have been a bit quiet on the blogging front for the past month or so.  That is mostly because my dear father’s condition had experienced a sudden decline.  On October 8, 2015 he went home to be with the Lord.  The 7-year long battle with Alzheimer’s Disease (AD) has come to an end.  He will be greatly missed.

AD has been called the “long goodbye.”  I suppose in some ways it softens the final blow, as we have had many years to prepare ourselves emotionally for the end.  I remember saying good bye to him on the evening of October 8, in much the same way I had done many times before, unsure of whether this time would be the last.  It was.  We got a call near midnight from the kind nurse at the Alzheimer’s facility telling us he had passed away.  The news wasn’t shocking.  The emotional experience was more akin to relief – relief that my father was finally at rest and at peace.

While the long goodbye might soften the shock of that final moment, it also in some ways prolongs the difficult emotional experience of losing a loved one.  My mother cared for my father at home until the final 6 months of his life.  In many ways she was a picture of self-sacrifice and patience, as she adjusted her life to match the increasing demands of a caregiver.  She lost a lot of sleep, listening to dad pace the halls into the wee hours of the night.  The sundowning syndrome associated with AD is challenging to manage, both medically and physically.

I feel like the long goodbye taught me a lot as a pharmacist as well.  I learned some things about this disease that you could never really learn from books or lectures.  For example, I learned how unique each case really is.  This is especially true when it comes to trying to manage the behavioral issues that often arise.  I remember the neurologist who first diagnosed Dad saying “when you have seen 1 Alzheimer’s case…you have seen 1 Alzheimer’s case.”  In other words, every case is different.  He was right.  When Dad finally moved into a full-time care facility for patients with dementia, I was surprised how different each patient was.  Some were very verbal, some were not.  Some were pleasant, some were not.  Some made sense when they talked, and some didn’t.

I also learned how dynamic AD really is.  Things might remain stable for a long time.  Then, all of a sudden, the case changes dramatically.  My heart really goes out to both the family caretakers and nursing staff who care for these patients.  They are heroes.  They are, many of them, role models of compassion and dedication.   I watched my father, who was the most gentle man you could ever meet, begin to show signs of aggression and anxiety that needed to be managed medically.  The medications helped, but since the disease is so dynamic it demanded a lot of “tweaking” over the final months of his life.

My mother-in-law described my Dad as a man who “always had a twinkle in his eye.”  I think she was right.  He was never a big talker.  He was a quiet, hard-working, self-sacrificing man who enjoyed the important things in life.  He loved his wife, his kids, his grandchildren, his church, his Bible.  He was a man of faith, who trusted in Christ.  He was a successful manager for a large company for many years.

And so I dedicate this post to you, Dad.  If you happen to be reading this from heaven – thanks for all you taught me.  Thanks for all you did for me.  Thanks for the love you always showed.  We miss you.  The grandkids are doing well.  I’ll try to live up to the example you set.  And yes, I’ll keep writing.  Thank you.  Goodbye Dad.   Goodbye.