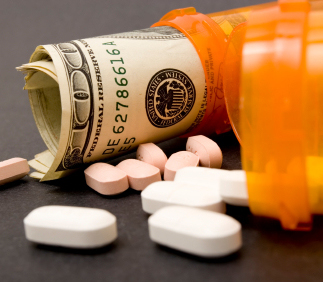 In what seems an unprecedented move, pharmacies throughout greater Pillsburough County have started charging doctor’s offices for having to send them renewal requests for their patient’s medications.  Physicians have complained to the Board of Pharmacy, but they insist that pharmacies are not in violation of any known statute, though they admit that even they haven’t read all the laws.

A local pharmacy owner was available to answer a few questions.  “Yes,” he said “we really had to start charging for all these renewal requests.  We realized that doctors were using simple answering machines to tell patients to call their pharmacy for renewals.  Thus our staff and our technology was being used to make their jobs easier.  We just can’t keep doing it for nothing.”

Another pharmacy manager shared her perspective.  “Patients would call us for a refill on a prescription, and if it had no refills we would FAX the doctor.  Then, when the patient came in the next day, it still hadn’t been called in.  We would give them a couple days of medicine and send another request.  This happens over and over.  Now that we have started charging for each refill request they tend to come in much faster.  It’s a win for patients and for pharmacy.”

Finally, a district manager for a local pharmacy chain was interviewed by phone about the new fees for requesting refills.  “It’s really the PBM’s fault.  Our margins have been slipping for years.  We had to find a way to make ends meet.  This new fee structure is fair.  Doctors make plenty of money already. We, on the other hand, bill the PBM for a drug that cost us $500 and get reimbursed $350.  Now we can make up the loss on refill requests.”

But not all pharmacists are happy.  One staff pharmacist for the nation’s largest pharmacy chain was irate.  “I knew it would happen.  The moment we could start billing for refills the company initiated refill metrics on us.  We have to send out at least 200 refill requests per day or we lose tech help.  We’re requesting refills on prescriptions that still have refills just to keep up with the metrics!  The record now is Mrs. Bonedensy.  We have a total of 227 refills for her weekly alendronate prescription on file.  To fill them all she will have to live to be 309.”

Some doctors have simply refused to pay.  “I’ve told all my patients to just call us for new prescriptions from now on,” said Dr. Hadenough.  “We made a form.  We’ll write down their refill request and send it to the pharmacy ourselves.  Then we’ll put it in the EHR and chart.  My staff will just have to work a bit harder, and we’re currently searching for an ICD-10 code to bill for this in the future.”

However, his patients aren’t happy about this.  Some are reporting wait times of up to 3 months for a simple refill.  “I called my doctor for a refill on my prescription and was put on hold for 3 days,” said one patient we interviewed.  “I just want to go back to the way things used to be,” said one sobbing person we found standing in a long line outside her doctor’s office.  “Now when my prescription needs a refill I have to take a number and stand in line like I’m in the deli!”

Our reporter asked several doctors why they just don’t start dealing with a different pharmacy.  “They are all in on it together,” she said.  Every one of them.  This has to be illegal.  You shouldn’t get to charge for every professional service.  Well, except if you’re a doctor.  Or a lawyer.  Or a nurse.  Never mind.  But this is crazy.  Pharmacists have been giving away information and services for free for decades.  Why does it have to stop now?  And they even all seem to have colluded on the price.  They all charge a standard $5 handling fee for each prescription renewal.”

Rumor has it, however, that Walmart is looking to improve their market share by offering a single refill for $4.00 or 3 for $9.99.