Post-Sequestration And Your Pharmacy… 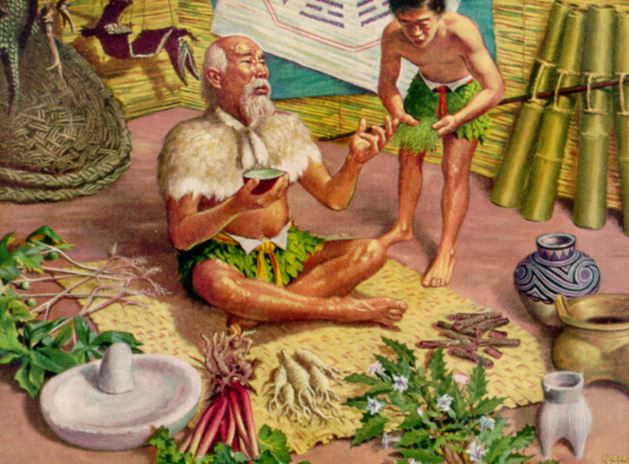 As I sit here this evening we are exactly 3 hours away from midnight, at which point the sequestration adjustments to our Federal Spending are going to kick in…and begin kicking the living daylights out of life as we know it.  Exactly what will happen is hard to predict.  Something akin to Godzilla, The Perfect Storm and Armageddon (Bruce Willis version) all wrapped up into one is quite probable.  Y2K had nothing on this.  We have, it would appear, met our match.

As a pharmacist, I’m somehow expected to go into work tomorrow knowing that the world, as we know it, is virtually done.  I mean – we are talking a 2% decrease in Federal Spending!  2%!!  That’s HUGE.  Like…maybe the equivalent of taking 1 french fry from my kids Happy Meal…and expecting him to survive.

I’m preparing for the worst.  Massive drug outages and more shortages may sweep the nation.  Pilfering and hoarding are likely.  Personally, I’m wearing body armour.  If the sequestration hits your prescription for atenolol, you may only be able to get 88 pills of your ordinary 90 day supply.

Modern medicine, as we know it, may spiral backward a millenium or two.  Literally thousands of years of progressed will be flushed down the toilet.  Break out the leeches.

Maybe the best use of the next few hours of existence would be a quick review of what pharmaceutics were like BS (before sequestration).

Take, for example, the practice of medicine in ancient Babylon.  Actually I kinda dig the vials.  Beats our boring amber plastic junk.  And I bet they never had to argue about copays, fight through prior-authorization blockades and NO ONE came up to the drive-thru window (good thing too, I’m told those camels can spit).  This, folks, is what’s coming! 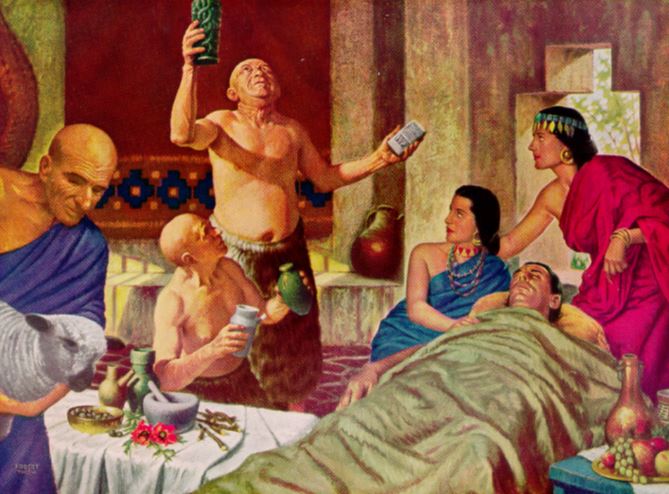 The earliest known records of prepared medication were from the Babalonian Civilization around 2600 B.C.

But maybe it won’t actually come to that.  The whole bald-dude thing ain’t working for me anyway.  The termination of all life on earth as we know it is one thing.  Shaving my head is another.  Clearly these chaps hadn’t discovered Rogaine yet.

Chinese medicine is an option if supplies of Nexium, metformin and fluoxetine run out.  He’s got that cool thing on the left that almost looks like an over-sized mortar and pestle.  I could rock that thing.  I’m pretty handy with chop sticks.  And I’ve watched the Karate Kid like umpteen million times.  I bet this guy could make some killer pork fried rice too.  I wonder if my DM will mind if I show up tomorrow sporting that leaf-skirt thingy and the goal-hair half-shirt.

This is actually Shen Nung, known sometimes as the founder of Chinese Medicine.

So, I guess things could always be worse.  I could imagine a situation that, rather than a 2.3% cut in Federal Spending (I still shudder to think of it), we might (just for example) have a leader propose to spend…say 3.8 Trillion dollars (nearly a Trillion more than revenue would permit).  Gasp!  That would be worse!  Phew.  Thankfully that will NEVER happen…