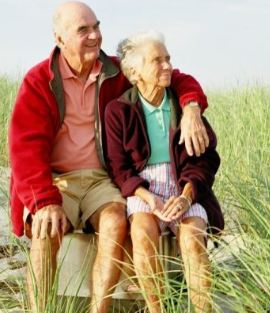 This post is was prompted by a quote from a recently written article I discovered on Medscape entitled The Obesity Paradox: Does It Matter? by Doctor Sandra Adamson Fryhofer.

In this article she writes about our overall health here in the United States:

These stats, which she elaborates on a bit more in the article are something worth thinking about.  A good portion of the article is about the limitations of the BMI as a tool for evaluating health.  But the real kicker, in my opinion, is the fact that according to this article we as Americans are living sicker and dying younger than our peers in 16 other countries around the world.

What’s the deal?  We have excellent hospitals and access to health care.  We have plenty of health information.  No one is in the dark about the dangers of smoking, excessive drinking, sexual promiscuity and inactivity.  We’ve got cheap $4.00 generics for all the major health problems.  No one is starving.

I don’t have the answer.  I have some guesses, but that is all they are.  One suspicion is stress.  I don’t know exactly how you would quantify that or prove it.  I’m not suggesting our friends in other countries don’t face similar pressures.  But there seems to be a sort of intensity of expectation, pressure to work longer and take fewer vacations here.  Our country is deeply divided politically, which also contributes to stress – or at least a massive amount of frustration.  People seem angry all the time (take it from a retail pharmacist – it’s true!).  And there is undoubtedly a great moral divide as well.  All these things, and many more I suspect, contribute to a sort of national anxiety and fear, which cannot be very healthy.

We have the lowest amount of average vacation days of all these countries.  We also have the highest amount of hours worked per year of all the countries mentioned above.  One article describes us as the most “Overworked Nation in the World.”  I am not suggesting this is the fault of our “system” or “government.”  Honestly, I think the fault is more with our own values and expectations.  Trying to “keep up with the Jones'” in terms of material goods and toys is expensive and tiring.

I guess I’m just thinking out loud.  As a Christian I can see a lot of wisdom in the Biblical institution of a regular, weekly day of rest.  The Hebrews called it a SHABÀT.  We translate it as Sabbath.  It originated in the Creation account recorded in Genesis where the Lord “rested on the Sabbath day.”   At the resurrection of Christ, the church responded by celebrating the first day of the week (Sunday) as their weekly rest.  No work.  No shopping.  No “to-do” list.  Real rest.  It’s kind of ironic.  In America, where religious freedom and beliefs seem widespread, we have LESS of this resting principle.  In other countries, which have fewer religious ties, there seems to be more of this principle at work.  They may be benefiting from a Biblical principle, while at the same time rejecting the Bible’s message.  Something to think about.

Anyway, I’ve got to get to work.  You probably do too.

I hope, however, you find some time to rest.  Your life may depend on it.