Dispense with Death – An Author Interview with Pharmacist Peter Mulholland 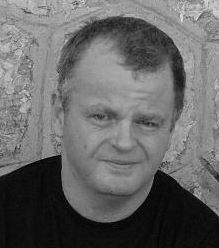 As one who is both a pharmacist (well, I try) and a writer (well, kind of, sort of) I have always taken an interest in others who share that dual passion.  The quote that adorns the banner over my blog is from my all-time ink-slinging hero – O. Henry (that’s his pen name actually, his real name was William Sydney Porter).  He was a pharmacist and writer, famous for his short stories which were filled with his clever wit and unique sense of irony.  O. Henry died in 1910.  But the spirit of O. Henry apparently lives on in the souls of several contemporary pharmacist-authors today.  One of which is the author of “Dispense with Death.”  His name is Peter Mulholland, he is a U.K. pharmacist, and it is a great privilege to be able to speak with him here on The Honest Apothecary today.

As a side-note, but worth mentioning here at the beginning, I am personally about 1/4 of the way through Peter’s book myself.  And I’m definitely enjoying it!

1)      Peter, thanks for taking the time to talk with us here at The Honest Apothecary. Could you tell us a little about your career as a pharmacist first? What sort of practice setting do you work in? What are your thoughts about your choice of pharmacy as a profession?

I registered in 1982. Main job has always been hospital pharmacy, but I also work as a locum in community pharmacy. Originally I was the QC pharmacist for a large hospital manufacturing unit, whilst also having a clinical role.  After that I spent most of my time in a clinical role – neonatology is my specialist area, with additional roles in medicine procurement strategy, pharmacy IT and data analysis. For the past 9 years I held a prescribing qualification which I use in Neonatal Intensive Care Unit. In December 2009 I moved from the main pharmacy to a base within the NICU to allow a fully integrated role.

I have been very fortunate in my career and am able to work in an area of patient care where I feel I can help to make a difference. I must give the impression it is a good career as my eldest son qualified as a pharmacist last summer

2)      When did the idea of writing this novel, Dispense with Death, first come to you? What motivated you to do this?

I have always been a keen writer, with over 20 published papers, mainly in the neonatal /pediatric field. At university I worked on a Beatles chronology (my first published article was nothing to do with pharmacy, but about the Beatles’ Apple record label). After that I was working on and off on a James Bond ‘encyclopedia’ based on the literary, as opposed to screen, character. Family brought that to a halt in the mid 90’s but I hope to pick that back up again.

The next logical step was to attempt a novel – probably based on the old adage that everyone has at least one novel in them. 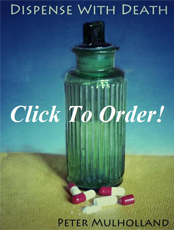 3)      How would you describe your book? Could you share with my readers some of the details about the plot?

The book is a crime murder /mystery thriller. It based in hospital and uses the premise that people can misuse the trust that people have in them as professionals. There are two streams in the novel which cross over during the story. The main plot revolves around a junior doctor who comes under suspicion when some of the patients he is treating die unexpectedly. His relationship with the hospital pharmacy and medicines plays a large part in the plot. The second strand is around another medic who has just joined the hospital staff who does not really stick to the maxim of ‘first do no harm’

The developing relationship between pharmacist and a young nurse crosses both strands.

4)      Have there been any particular author(s) that have been especially inspirational to you?

I have always been a fan of the Ian Fleming 007 novels. This eventually led to an interest in the works of John Gardner and Len Deighton and their, more realistic, spy fiction. More recently the chance purchase of ‘Hour Game’ by David Baldacci at an airport has led to an interest in his work

5)      How did your career as a pharmacist help when it came to writing your book?

The QC / production background helped out with some of the technical background. Knowledge of the action of medicines also played a part in how the drugs could be misused if one wished to do so. Working across both hospital and community practice meant that I had the knowledge to make the background practices spread throughout the novel accurate

6)      Many avid readers like myself enjoy the finished product of a book, but often don’t appreciate the difficulty of writing a novel. Would you be willing to share some of the challenges you faced in writing, and how you handled them?

Finding the time when working full time with a growing young family is probably the biggest challenge! A lot of the writing was done at night after the family had gone to bed (which was something I also did when studying for further degrees).

As a first novel one of the challenges was sketching out the rough plot and then fleshing it out with details that were convincing and then pulling them all together to try and make the story flow and not end up with any contradictions in the story.

As a final stage I had to ensure that none of the characters had names that were actually on the medical, pharmaceutical and nursing registers

I think that is probably true. The real question is ‘ has everyone a book in them that actually works as a story’

8)      What advice would you give to someone interested in writing their first book?

Don’t give up. I originally tried to get published through traditional publishers. After a few rejections I put the novel aside and, as books became bigger and bigger, I felt I had missed my chance.

The advent of electronic publishing makes it much easier to publish, without a large cost, and the trend now seems to be moving to shorter books that people can read quite quickly. Amongst feedback I have had is that it is an ideal length for a short haul flight, or reading over two or three mornings on the morning commute.

9)      Can we expect to see a sequel, or maybe a second novel, sometime in the future?

The response I have had to publication has really got me enthusiastic about writing again and the possibility of a sequel is a question I have been asked a few times. I definitely plan to write a follow up, keeping a couple of the main characters in the next book. It will essentially be a new story but may relate back to some aspects of ‘Dispense With Death’ to develop the characters

10)    How can my readers get a copy of your book, Dispense with Death?

Currently the book is available through Amazon.com in the US @ $1.17, or in the UK through amamzon.co.uk @ GBP0.77 for Kindle or the Kindle app on tablet / smart phone. It can also be borrowed for free by Amazon Prime members till mid July. In late July I hope to make it available in the iBooks store and other electronic reading devices

The relative hyperlinks are

» Interviews » Dispense with Death – An Author... Previous post:
Owning Your Career Part II – Networking For Pharmacists 101 Next Post:
The Scylla, Charybdis and The Pharmacist’s Dilemma