The Scylla, Charybdis and The Pharmacist’s Dilemma 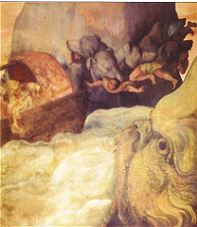 In Greek Mythology there was a nymph named Scylla, a 6-headed sea monster that destroyed boats that passed nearby.  Not far from Scylla was a whirlpool in which  lived a monster named Charybdis – who also was a deadly force to be reckoned with.  Sailors found themselves caught in a no-win situation when navigating that portion of the ocean, being caught (in the words popularized by The Police) “between Scylla and Charybdis.”  This past month, pharmacists found themselves in a similar dilemma – caught between the DEA and AMA.

According to a press release on June 11, 2013 the DEA leveled an 80 million dollar fine on Walgreens for their alleged mishandling of narcotic prescription records, revoking the controlled substance licenses in 6 of their retail pharmacies and 1 distribution center in Florida.  This settlement, though not the first such fine imposed upon retail pharmacies, was the largest to date and was reported on in virtually every major news outlet across the country including the New York Times, USA Today and the Wall Street Journal.

The gist of the DEA allegation was that Walgreens should have been more vigilant in their efforts to refuse to fill prescriptions for questionably appropriate purposes.  According to the USA today article “Six of Walgreens’ Florida pharmacies ordered more than a million pills a year, the DEA said. In 2011, the average pharmacy in the U.S. ordered 73,000 oxycodone tablets a year. Pharmacists dispensed prescriptions from doctors even when Walgreens computer system flagged the doctors as problematic.”  Additionally, the procedures used to handle and track the filling of controlled substances through remote locations was apparently inadequate.

The overflow effect of this type of DEA action is that drug distribution centers are being forced to limit orders of narcotics to pharmacies that happen to dispense larger quantities than “normal.”  These limitations have serious consequences on the ability of pharmacies to meet the real needs of legitimate patients.  Pharmacy advocate and owner, Terry Forshee, wrote an eloquent blog post on just how serious this issue is.

First, drug diversion – the process by which medications (usually controlled substances like Percocet, Oxycontin or Vicodin) are obtained by patients for non-medical purposes (i.e. to abuse or sell to others) – is a significant problem in the U.S.  Diversion occurs in a variety of ways, including robberies, forged prescriptions, internet pharmacies and inappropriate prescribing.  Both physicians and pharmacists have been identified and convicted for unethical and illegal practices related to controlled substance diversion.  The extent and consequences of such diversion are hard to quantify, but it has been suggested that upwards of 16,000 deaths occur annually in the U.S. from prescription drug overdoses. 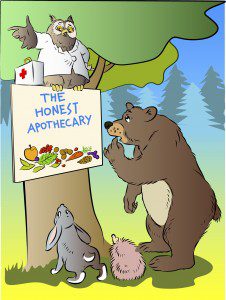 But, secondly, what most of the popular news reports on this story fail to explain is what the “real life” situation looks like from the perspective of a pharmacist handed a narcotic prescription.  A pharmacist can determine if a prescription falls within the legal requirements (contains the required information and for an appropriate quantity from a legitimate prescriber).  A pharmacist can easily refuse to fill overlapping prescriptions for virtually identical medications for the same patient.  But what no pharmacist can do is look into a crystal ball and determine if the prescriber truly believes the patient needs these meds or if the patient is actually going to take them for a legitimate medical purpose.  And there is simply no such thing as a “legitimate” quantity.  Opioids don’t work that way.  Complex disease characteristics and metabolic differences and tolerance patterns make it utterly impossible to refuse to fill a prescription merely because the dose or quantity seems large.

Therefore the DEA pressure focused merely upon “quantity” (which is exactly what is being reported and really going on) comes off as simply a money-generating scam to impose fines for exorbitant amounts ending up in the government’s pocket.  Did a single rogue physician lose his or her license as a result of this investigation?  Not that we know of.  Did a single pharmacist lose his or her license because they broke the law with respect to filling a narcotic prescription?  Not that has been reported.  All that we know is that large quantities of prescriptions for narcotics were filled, and the DEA imposed an 80 million fine and that wholesalers now are restricting pharmacies from obtaining the drugs they need to care for their patients.

It is hard to express the absurdity of this situation.  It’s like fining the water company because the number of drownings in a town has gone up.  It’s like telling automobile manufacturers to limit the number of cars they produce in order to reduce the number of accidents on the road.  It’s about as absurd as when the Mayor of New York City advocated that we reduce the size of soft drink cups in order to help battle obesity.  Common sense has left the building folks.  The DEA has turned “innocent until proven guilty” into “pay for us to leave you alone.”

Thirdly, as for the “record keeping” negligence – I find it utterly amazing that there seems to be no details about exactly WHAT type of mistakes and mishandling this involved.  I read vague news lines about how they “violated federal rules governing the distribution of prescription painkillers” and about “an “unprecedented” number of record-keeping and dispensing violations of the Controlled Substances Act” and that they “failed to properly control the sales of narcotic painkillers.”  What?  What does that mean?  Other articles said they “routinely filled prescriptions that clearly were not for a legitimate medical use.”  About as clear as mud as far as I’m concerned.  Give me 1 example please.   Just one.  For 80 million dollars you think they would tell us what Walgreens did wrong.  The only conclusion I can come to is that the DEA didn’t like the QUANTITY of prescriptions going out of these stores, and so they are trying to bully them into turning more scripts away.  And oh, collecting an 80 million dollar pay-day which, of course, will have to be recouped from customers who will pay for it through increased prices…because that’s how business works.

In a seemingly unrelated story this past month the AMA (American Medical Association) held their annual meeting in Chicago.  Amongst the many topics for discussion was, apparently, the number of phone calls generated by pharmacies to physicians to question the legitimacy of their prescriptions.  To quote the online AMA Wire report, the delegates “Issued a warning against “inappropriate inquiries” from pharmacies to verify the medical rationale behind prescriptions and diagnoses, calling them an unwarranted interference with the practice of medicine.”  It would appear that the AMA (which, by the way, only 15% of U.S. doctors belong to) wants pharmacists to simply leave them alone.  Meet the immoveable object!  Pharmacists, according to this pronouncement, should simply fill prescriptions without questioning their appropriateness or purpose.  I am happy to report that most physicians I have dealt with in my career have been appreciative of the questions raised at times by the community pharmacist filling their prescriptions.

I have no doubt that this concern raised by these AMA delegates was directly related to the requirement by Walgreens that pharmacists get an appropriate diagnosis code to fill certain narcotic prescriptions.  The AMA thinks such inquiries are inappropriate.  The DEA, however, seems to disagree.  According to FDA Law Blogger Larry Houck, “DEA regulations have long established that a corresponding responsibility rests with dispensing pharmacists to ensure, with the prescribing practitioner, that a prescription for a controlled substance has been issued for a legitimate medical purpose by the individual practitioner acting in the usual course of professional practice.”

And so what are pharmacists to do?  The simple answer, as far as I’m concerned, is this:  The Right Thing.  Do the right thing.  That may sound cliché, but at the end of the day it is all we have to fall back on.  Patients depend upon us to do this.  The vast majority of prescriptions for narcotics are for legitimate medical purposes.  If, after they leave our pharmacy, they are misused, then it is up to law enforcement to bust them.  Pharmacy does EVERYTHING needed to help bust the bad guys.  ALL controlled substance records are accessible to agencies needing such access to track suspected abuse and diversion.  USE THESE RECORDS.  But if a prescription has been legally prescribed and meets all the requirements of the law, I do not believe I have the right to treat my patient as a criminal.

And as far as the AMA is concerned, I’m going to keep calling whenever I have a question about a prescription that involves the health and safety of my patient.  Period.  I’m just thankful that the AMA only represents a small minority of actual practicing physicians – most of whom have no time for their foolishness.

The Pharmacy Podcast – Is the Drug Enforcement Agency abusing it’s power in Pharmacy?

The Red Headed Pharmacist – A Few Questions for the AMA

Pharmacist Steve:  Is the DEA targeting Everyone and Anyone?

And just for your entertainment (since I mentioned The Police in the beginning):