12 Traits of the ENTREPRENEUR 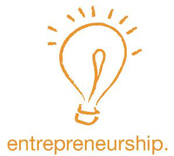 Be it Ben Franklin or Steve Jobs, everyone is intrigued by the entrepreneur.  Not all entrepreneurs are wildly successful.  Most, in fact, will never attain the fame and fortune of a Bill Gates or Warren Buffet.  The vast majority will not actually change the course of history like Edison or Einstein.  But whether outstanding or obscure; whether basking in the limelight or just a barely visible nightlight, all entrepreneurs seem to have several traits in common.  I don’t know if some people are just born this way.  I do know that many a man or woman have some of these qualities.  But when all or most of them are exhibited in the same person, you can almost always be sure you’ve found a true E.N.T.R.E.P.R.E.N.E.U.R.

Energy – The entrepreneur is no sluggard.  What Edison quipped about the genius is equally true of the entrepreneur; they are “1% inspiration, and 99% perspiration.”  They are action figures, literally.  And as Pablo Picasso put it, “action is the foundational key to all success.“

Not afraid of change.  Entrepreneurs embrace changing situations.  They refuse to be stuck in a rut.  They would rather be rolling in the wrong direction than not rolling at all.  They are more afraid of doing nothing than doing wrong things.  An entrepreneur will change his or her mind as often as needed based on the evidence.  As Bernard Shaw once observed, “progress is impossible without change.”

Takes risks.  The entrepreneur will take calculated risks.  They’ll walk the road less traveled.  Often they simply trust their gut instinct, always knowing there is a chance they’ll be wrong, which, sometimes they are.  They’ll roll the dice.  But the entrepreneur believes, as Mark Zuckerberg stated it, “the biggest risk is not taking any risk.” 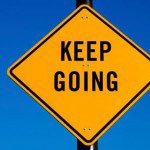 Results-focused.  The entrepreneur enjoys the process, but more than anything they love the results.  They can see the end of the assembly-line of their efforts and won’t stop until the product is produced.  Winston Churchill, with his typical wit and common sense, once said “However beautiful the strategy, you should occasionally look at the results.“

Expert Vision.  They’re like superman; they seem to see straight through walls of difficulty.  In fact, the entrepreneur sees what isn’t there yet.  This is more than simply looking ahead and anticipating.  You really can see it in there eyes.  They are always dreaming.  Ronald Reagan said “To grasp and hold a vision, that is the very essence of successful leadership—not only on the movie set where I learned it, but everywhere.”

Persistence.  Persistence is energy combined with a specific goal.  The entrepreneur doesn’t quit.   They may get it wrong a hundred times.  But they keep going on to 101, 102, 103.  Entrepreneurs know that most things must go wrong before they eventually go right.  Ben Franklin said “Energy and Persistence conquer all things.”

Relationship-minded.  Most entrepreneurs appreciate the value of a team.  Though they are prepared, if needed, to go it alone, they are inclined to surround themselves with helpful talent.  Bill Gates once said that the secret to his success was hiring people who were smarter than him.  Entrepreneurs aren’t threatened by the synergy created through great relationships.  Michael Jordan said that “talent wins games, but teamwork wins championships.”

Excited.  The entrepreneur is, at times, almost child-like in their excitement.  Eyes get wide.  Smiles stretch from ear to ear.  Just the thought of their project or plan moving one step closer to success is like a drug.  They are addicted to the joy of moving forward and making progress.  It is not that they don’t experience pain, disappointments or sorrow.  They do.  But for them these things are just a small part of a larger journey to greater heights.

New ideas.  The mind of the entrepreneur is the soil in which new ideas are constantly growing and bearing fruit.  They are creative.  When they see a problem, the wheels of their minds begin to turn and try to solve it.  And if the solution doesn’t exist – they create it.  The entrepreneur is epitomized in this quote: “Other people see things and say why? But I dream things that never were and I say, why not?“

Encouraged.  The entrepreneur is no Eeyore.  They don’t have rose-colored glasses, but they also don’t stare at the thorns.  They see the bright side to failures.  As they say “sometimes you win, sometimes you learn.”  The entrepreneur is happy either way.  Criticism doesn’t stop them, nor embitter them.  They remember the words of Henry Ford “When everything seems to be going against you, remember that the airplane takes off against the wind, not with it.”

Urgency.  The entrepreneur is not of a mind to put things off until tomorrow if they can and should be done today.  They set goals and milestones and meet deadlines.  They are not ones to sit back and simply wait for results.  They go get them.  The entrepreneur has cultivated a friendly impatience about everything related to his or her work.  “You must take action now that will move you towards your goals. Develop a sense of urgency in your life.” – H. Jackson Brown.

Resilient.  The entrepreneur is adaptable and flexible.  While others are rigid, set in their ways, walking about as though rigor mortis had already set in, the entrepreneur knows how to adapt when plans go awry and circumstances run contrary to expectations.  As Tony Robbins puts it “Stay committed to your decisions, but stay flexible in your approach.”

So, are you an ENTREPRENEUR?  Do you have these traits, or many of them?  If so, the road before you may not be easy.  Rome wasn’t built in a day.  But the world is grateful for men and women like you.  So go on.  Keep moving.  And as Churchill said, “never, never, never give up.”