According to my Inbox….Vicodin, Pradaxa, etc.

I haven’t kept up with my weekend Pharma news as frequently as I used to.  Part of that has to do with my new job (more on that in posts to come).  Part of it has to do with the busyness of life with 4 children (3 of whom are teenagers), family, church and whatnot.  Sometimes I think that an extra 6-8 hours per day would be just about right to get everything done.  But of course, that would involve a significant rearrangement of the solar system.  Not to mention hubris the size of the Milky Way to think that somehow I know better than the One who designed the planets to begin with.  Come to think of it, 24 hours is probably best.

So what’s happening?  According to my Inbox….

I think I’ve gotten more email about the status of brand “Vicodin” as a generic than spam emails notifying me I’m soon to inherit a fortune if only I just click this link….

Hat’s off to AbbVie and their marketing efforts.  But seriously.  What’s with this “generic” status?  For those who care to know, what this simply means is that AbbVie has negotiated rebates with health plans that will put brand Vicodin on their formulary at a “generic” copay.  It still costs an absurd amount of money if you happen to pay cash for it.  Don’t expect it on the Wal-Mart $4 list anytime soon.  But if you have insurance, you may get it for cheap.  The insurance then pays the pharmacy the absurdly large amount for hydrocodone/acetaminophen, and AbbVie reimburses the health plan.  Thus…it’s a generic.  Well..sort of.  Seriously docs, write for Norco instead.  The generic is cheap as salt (see more on salt below!).

Pradaxa is a blood thinner approved in 2010 to help prevent strokes.  It’s indicated for patients who might otherwise be candidates for warfarin.  But patients on warfarin require regular blood tests and must abide by certain dietary restrictions.  Pradaxa is easier, albeit much more expensive.  However, a concern with Pradaxa has been the lack of an adequate antidote to reverse the blood-thinning effects if necessary.  This was a serious concern, leading to pradaxa lawsuits over the maufacturer’s failure to warn patients of this possibility. See here: http://www.drugnews.net/.

But that concern may soon be put to rest.  An antidote appears to be in development that would effectively stop the bleeding in emergency situations:  http://www.reuters.com/article/2013/11/18/pradaxa-antidote-idUSL2N0J300920131118

Is it on Formulary? 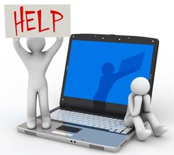 Having spent 7 years doing formulary analysis and research, this article caught my eye.  The authors are talking about the lack of adequate integration of patient formulary data into e-prescribing software.  They’re right.  Attention entrepreneurs!  If you are looking for an idea…here is one to think about capitalizing on.  Imagine a system that immediately alerted a prescriber that their drug selection required prior authorization, or exceeded the quantity limits imposed by the plan.  This could be done and would, in my opinion, revolutionize prescribing practices in the U.S.  By the way, I’m available as a consultant on this project….

With a Grain of Salt

Ever wondered what the difference was between Table Salt and Sea Salt?  Here is a quick answer: http://well.blogs.nytimes.com/2013/11/14/ask-well-table-salt-vs-sea-salt/?ref=health&_r=0 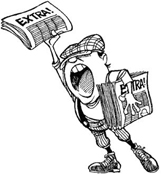 Johnson & Johnson received FDA approval for their new drug for Hepatitis C, Olysio.  It is a protease inhibitor, and thus follows the 2 previously approved drugs in that category, Incivek and Victrelis.  Maybe it will be a hit.  Maybe not.  But there are 3.2 million patients up for grabs, so even a small slice of that pie isn’t bad.  If nothing else, it’s new.  As they say, it’s best to use a new drug within the first 6 months of approval…while it still has no side effects.   Oh, and it’s taken once daily.  That’s a plus.

Alright.  Since rearranging the solar system isn’t an option, I’m going to have to get to work now.  Have a great weekend everyone!

» Prescription Drugs » According to my Inbox….Vicodin, Pradaxa, etc. Previous post:
Implementing a Pharmacist Follow-up Program in a Retail Setting Next Post:
Keep Your Pharmacy Open – An Interview with Suzanne Gude