Is Coffee REALLY Good For You? 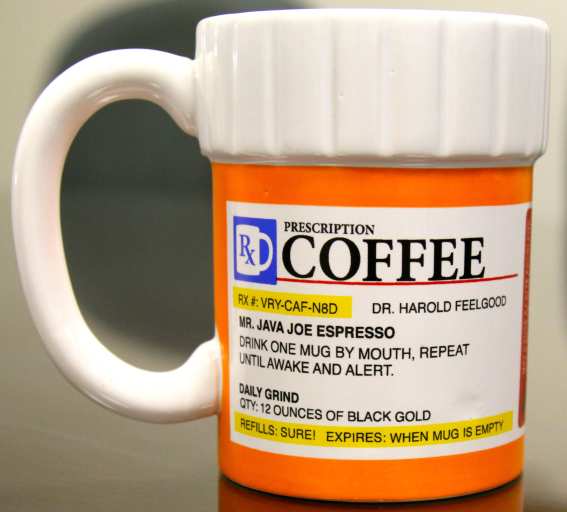 It was Hippocrates who apparently said “let food be thy medicine and medicine be thy food.”  If, by “food” he intended to include coffee, he might not have been too far off.  Lately there have been a slew of studies lending support to the idea that coffee may in fact be a potent prescription for good health.  As one who craves his cup of morning java as much as the next guy, such news comes as music to my ears.

Of course, all such reports must be taken with a grain of salt – or maybe a lump of sugar in this case.  However, since so much of the media delivers dismal reports about politics, economics and life in general – it is comforting to know that the coffee I’m drinking while reading the paper is doing me good.

So what can coffee (supposedly) do?

Improve your vision?  Maybe.  A recent study published in the Journal of Agriculture and Food Chemistry and conducted by Cornell University scientists studied retinal damage in mice.  They determined that mice, whose eyes were treated in a way to mimic retinal degeneration were protected from ophthalmic damage when pretreated with CLA (chlorogenic acid), an antioxidant present in coffee.  Further investigation is still needed to determine if the CLA in coffee actually reaches the retina when consumed orally, but if so we might someday be recommending coffee to prevent vision loss associated with glaucoma, diabetes and aging.

Prevent Diabetes?  Possibly.  A study just published in the journal Diabetologia, researches from the Harvard School of Public Health reviewed dietary records from over 120,000 patients, of whom about 7,000 had developed Type II diabetes.  Patients who increased their coffee consumption by more than 1 cup/day during a 4 year period had significantly lower rates of Type II diabetes, while patients who reduced their coffee intake had significantly higher disease rates.  Of course, staying active and maintaining a healthy weight continues to be the most important lifestyle changes for diabetes prevention, but for those so inclined, an extra cup of coffee daily might not be such a bad thing either.

Lower your risk of cancer?  Could be.  In a study presented at the American Association for Cancer Research in San Diego, patients who drank 1 to 3 cups of coffee today were 29% less likely to develop liver cancer than those drinking less than 1 cup per day.  Additionally, a recent study conducted by USC researchers on over 8,500 people from Israel concluded that coffee drinkers were about 30% less likely to be diagnosed with colon cancer than their non-coffee drinking counterparts.  How, exactly, coffee exerts its cancer-protective effects is yet to be determined, but the news is noteworthy nonetheless.

Many other health benefits associated with the use of coffee have been suggested, in addition to those mentioned above.  One study even suggested that coffee may help us make better moral and ethical choices.  So could coffee be good for both body and soul?

Note:  none of these studies or reports amounts to conclusive evidence for the health benefits of coffee.  No one should be trading in their medicines for mochaccinos.  Additionally, we need to remember that the caffeine content in coffee can pose significant risks and concerns for some patients.

So, Hippocrates may have actually been onto something, at least as far as our coffee is concerned.   Nevertheless I don’t expect your health plan will be covering your grounds or beans just yet.  But with or without a prescription, that smooth and steamy cup of coffee might be just what the doctor ordered.