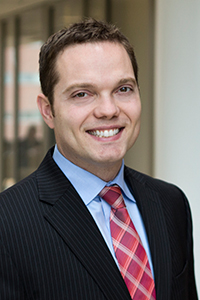 The currently saturated job market for pharmacists, brought about in part by the proliferation of pharmacy schools, is a subject that has been discussed and defended; argued and lamented.  But what this issue desperately needs is a cool, calm and comprehensive analysis by someone whose background and training especially qualifies him for the task.

I am very grateful to welcome pharmacist, educator, blogger and advocate for our profession, Joey Mattingly, to share the following guest post on the business side of opening new pharmacy schools, and the impact on pharmacists.  Please feel free to ask Joey any questions below and be sure to visit his amazing blog at Leading Over The Counter!

Pharmacist Factory: The business case for new pharmacy schools and how it impacts pharmacy jobs.

The pharmacist job market has become a hot topic in many pharmacy circles.  Just over one decade ago, reports from the Department of Health & Human Services described a massive shortage in the number of pharmacists in the United States.[i]  With little change in the supply and major increases in demand, pharmacist salaries went through the roof.  Students were accepting $50,000 sign-on bonuses along with six-figure salaries once they passed their licensure examinations.  In 2000, total BS and PharmD graduates were at approximately 7,000 nationwide and by 2004 that number grew to 8,158 (+16.5%).  However, the following 9 years saw an unbelievable expansion in class sizes as well as a large number of new pharmacy schools, taking the total number of pharmacy graduates to 13,207 (+62% since 2004 and +88% since 2000) by the 2012-2013 school year.[ii]  This growth of pharmacy education combined with a slowed growth after the market collapse in 2008 turned a shortage into a surplus almost overnight.

Now that the shortage has stabilized, can we expect growth of the number of pharmacy degrees awarded each year to stabilize as well?  To understand the motivation to build a college of pharmacy, let us examine the incentives to accepting and educating a new batch of students each year.

Pharmacy schools, whether public or private, function similar to any business in that “Revenues” must be equal or greater to “Costs” to continue operations.  Operating at a financial loss is only sustainable if a business has a major donor or cash reserve.  So what does the P&L (aka: Income Statement) look like on an annual basis for a college of pharmacy?  Fortunately for us, rather than guess at numbers we can use research compiled by the American Association of Colleges of Pharmacy and use actual numbers reported in a survey of 93 colleges of pharmacies.[iii]

So what is the incentive for reducing class size or even closing a school in a state with an oversupply of pharmacist?  None.  Why would a business willingly reduce revenue that is bringing in a 31% return???  If operations become less profitable, they have a lot of room before earnings drop to the “not worth it” range.  I would argue that we have not seen the end of the growth and would be surprised if we didn’t reach the 15-20k pharmacists/year range in the next 5-10 years.  Financially, it just makes sense for “business” if you are in the industry of educating student pharmacists.  So what does this mean for pharmacists?

[i] The Pharmacist Workforce: A study of the supply and demand for pharmacists. Department of Health and Human Services; 2000.